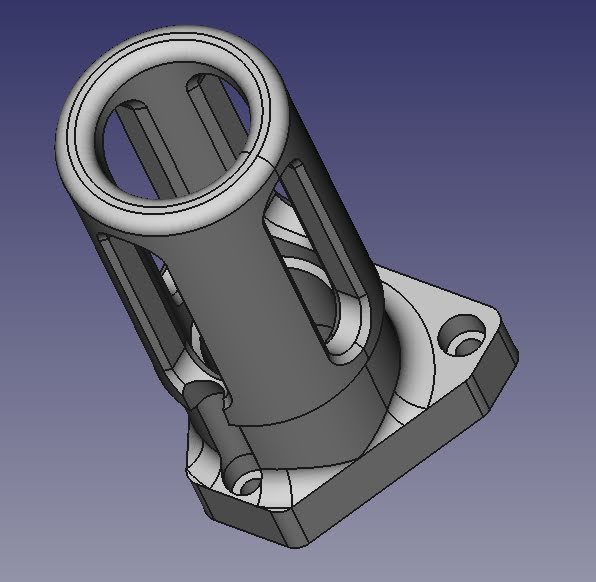 The old one was a hastily drawn part from the Model Pandora days, and was quite poorly engineered, having a sharp corner (stress riser) where the cylindrical bit met the flange, and other problems. One of those got taken out by a tree at NCFNC, so it was time for an upgrade. The new one is considerably beefier all around, has a thicker flange with counterbored fastener holes, proper fillets, better wrenching clearance for the bottom bolt, a blunter front edge to be kinder to any zombies crashing into you, etc. It is also a bit more proportionate. 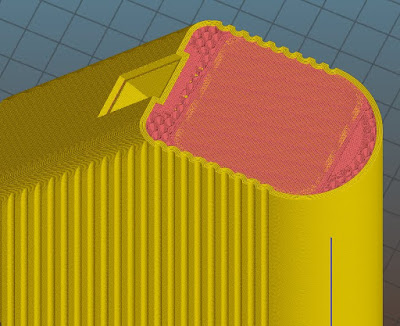 Posted by torukmakto4 at 1:48 PM No comments: