After moving to Toronto almost a year ago, I've finally found a store (this one) that sells Nerf within walking distance. That took long enough, eh? Recently, Boomco blasters have also appeared on their shelves - suddenly, and in large numbers.
Now, compare those prices to these - that's not too bad a markup. Oddly, Walmart.com only listed the RM as being in stock. Also oddly, all of the prices ended in .97 (I've rounded them up) - Nerf's prices trailing digits tend to vary.

There were a surprisingly large number of Z tek bows on the shelves, including several Firetex bows, which I hadn't seen before - no pictures because I forgot my camera, but you can see it here.

This store had a decent stock of the new orange-scheme Stryfes - emphasis on "had", because when I visited the same store again the next day, they went from having more Stryfes than I cared to count to two (and then to zero because, well, I like orange and I like Stryfes). They also had Demolishers (which were not flying off of the shelves; the fact that the Demolishers cost $50 each IIRC probably has something to do with that), Thunderbows, a few Centurions, the new white-coloured Rough Cuts, and a few other miscellaneous blasters - Strongarms, Triads, Jolts, Slingfires - not a bad selection!

Here's something to watch out for when buying Strongarms, if they come in an open box like this: 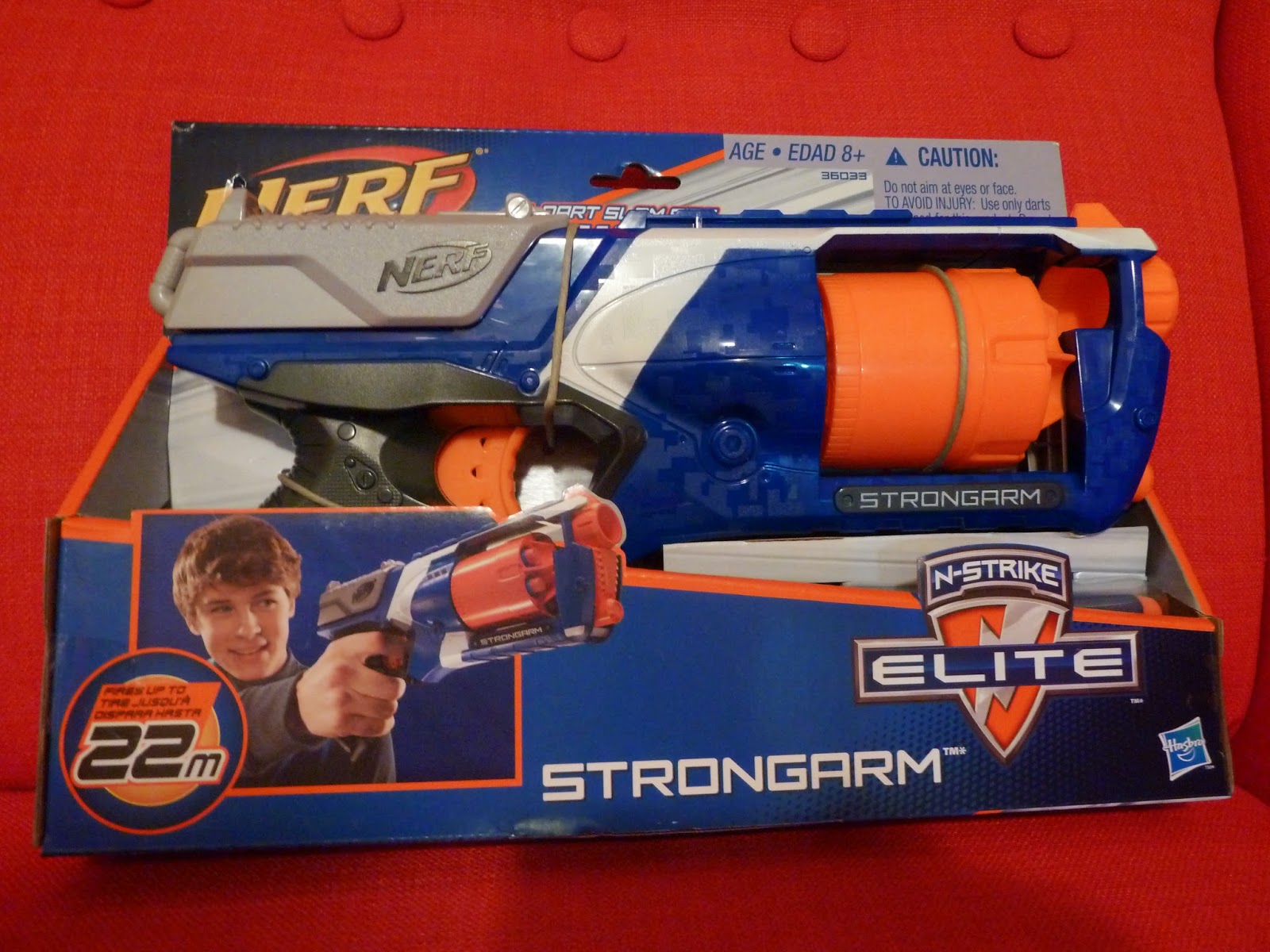 This design of box makes it possible for kids to prime them while in the package, and leave them primed on the shelf - and, yes, people actually do this - but fortunately it's just as easy to check for this sort of abuse. (Don't they know that's bad for the spring? Dumb kids. *Grumble.*)