I happened to pick up one of these springs on clearance while ordering some parts for HvZ business quite some time ago. 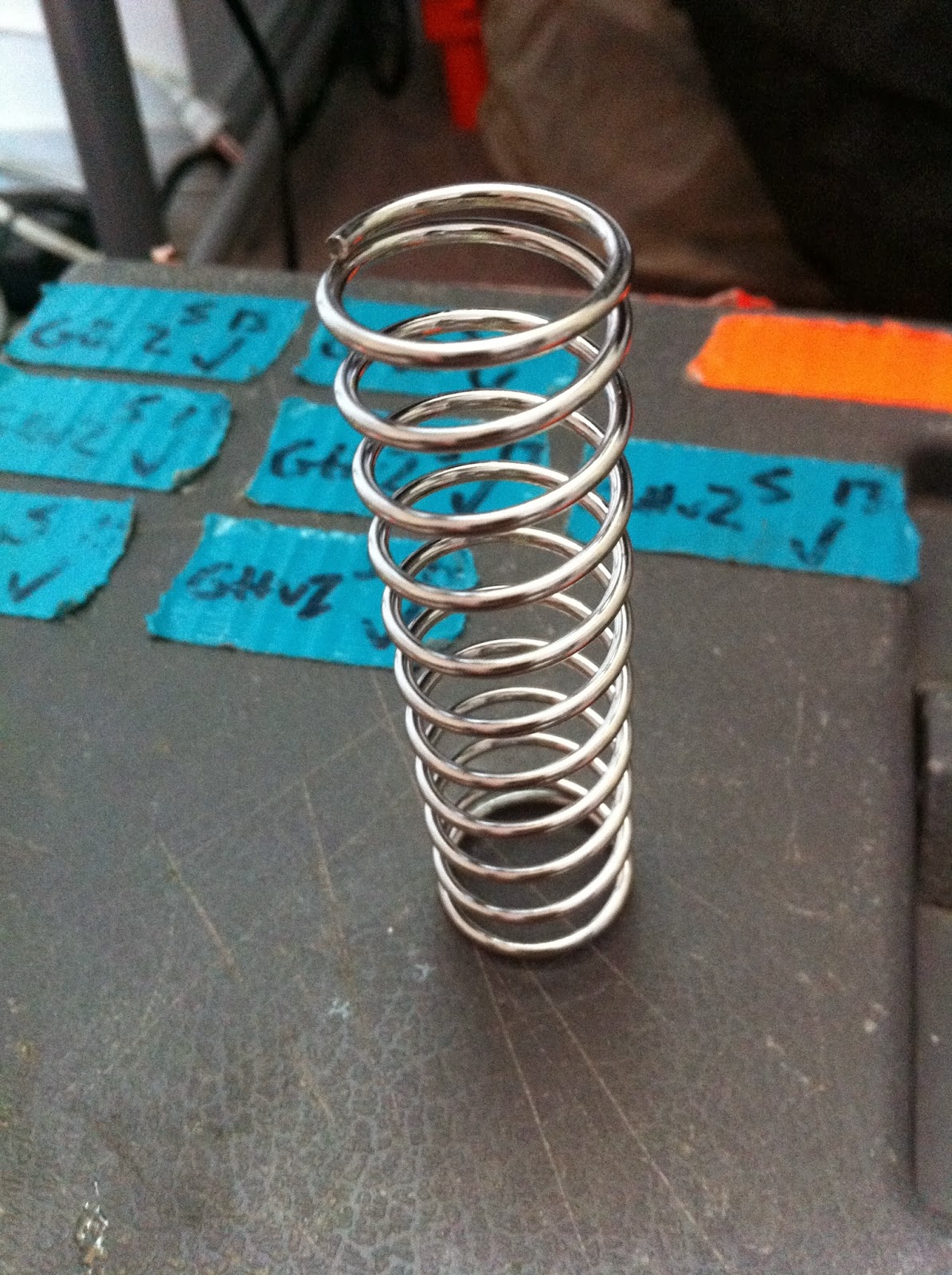 This is OMW's "2.5" (as in, 2.5 times the factory spring load, supposedly) offering for the Swarmfire. As usual with OMW spring products, it is a well finished spring, with perfectly square closed ends and shiny nickel plating.

This spring appears to be discontinued, though the reason for that is unknown. Perhaps low demand. Regardless, at the time of posting, stock remains.

The actual load of this spring does not seem in line with the 8 kg spec. Typically, OMW springs are rated with the force developed at the compression actually achieved in the intended application, and thus are underrated versus most commercial general-purpose springs and competitors' springs which are rated at full compression. This seems to be an exception. It certainly doesn't seem to have 2 kg more force fully compressed than, say, an OMW 6kg Stampede spring or a 5 kg DP spring. 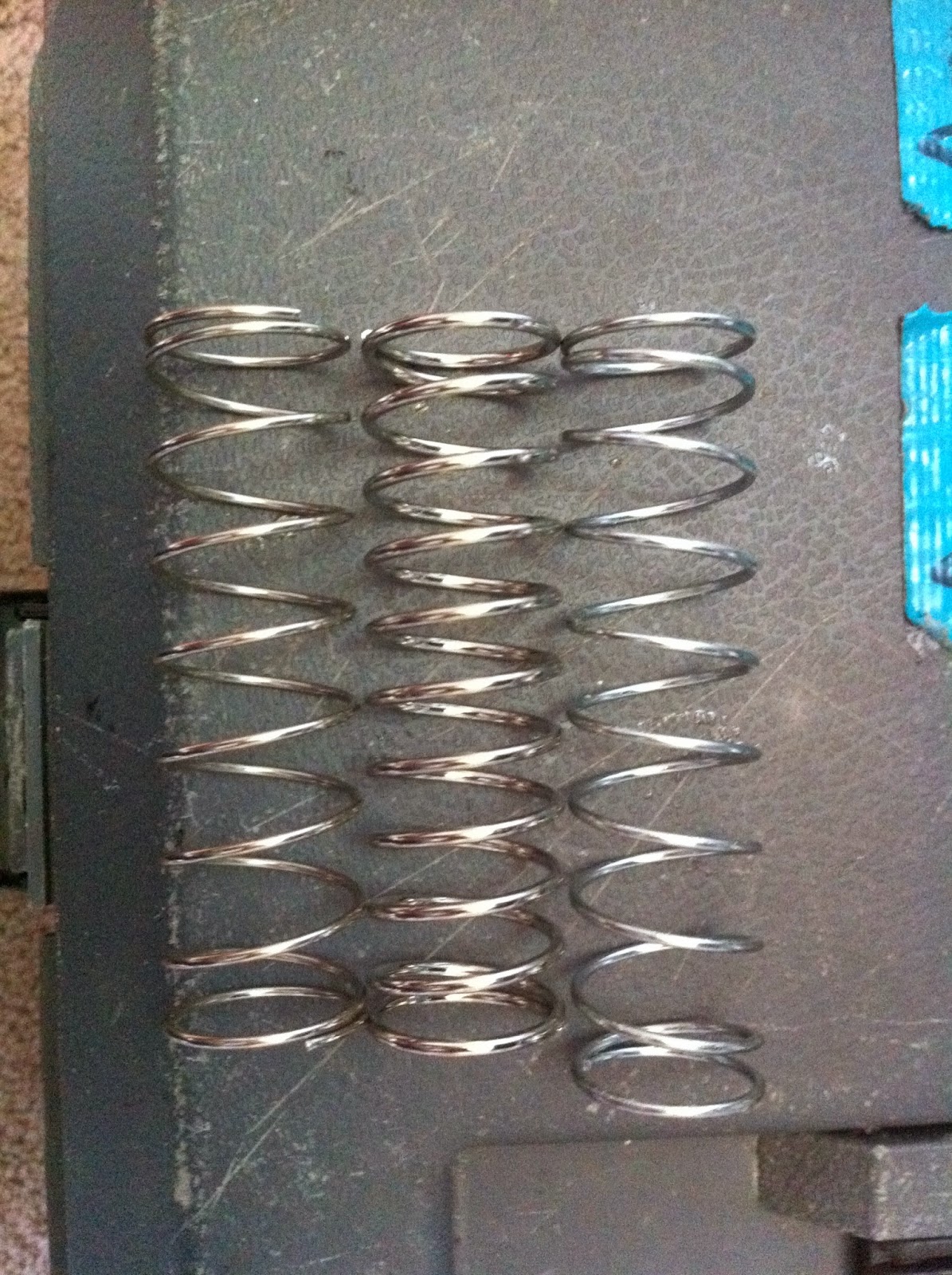 OMW's performance claims for this spring are as follows:

With this 8kg spring, the Swarmfire can achieve 55 fps and shoot up to 45 feet flat.

All fps/range tests were conducted with the air restrictor removed and no other modifications.


I knew this made absolutely no sense for years - because I am getting substantially more velocity than that from the substantially weaker springs that I have been using. Lighter spring data for reference.

For this test I installed the spring in MASS-2 and hung it on my old Rayven. Like all my other Swarmfires, this one has an AR delete and seal plate flow improvement, cylinder peg removal, stock barrels, reliability fixes, etc. and is equipped with its original 360 motor.

In the name of science I should have conducted a peg test, and perhaps I should quantify the flow mod's effects, but the discrepancy here does not seem explainable from what I have seen of swarmfires in the real world that did not have either of these. 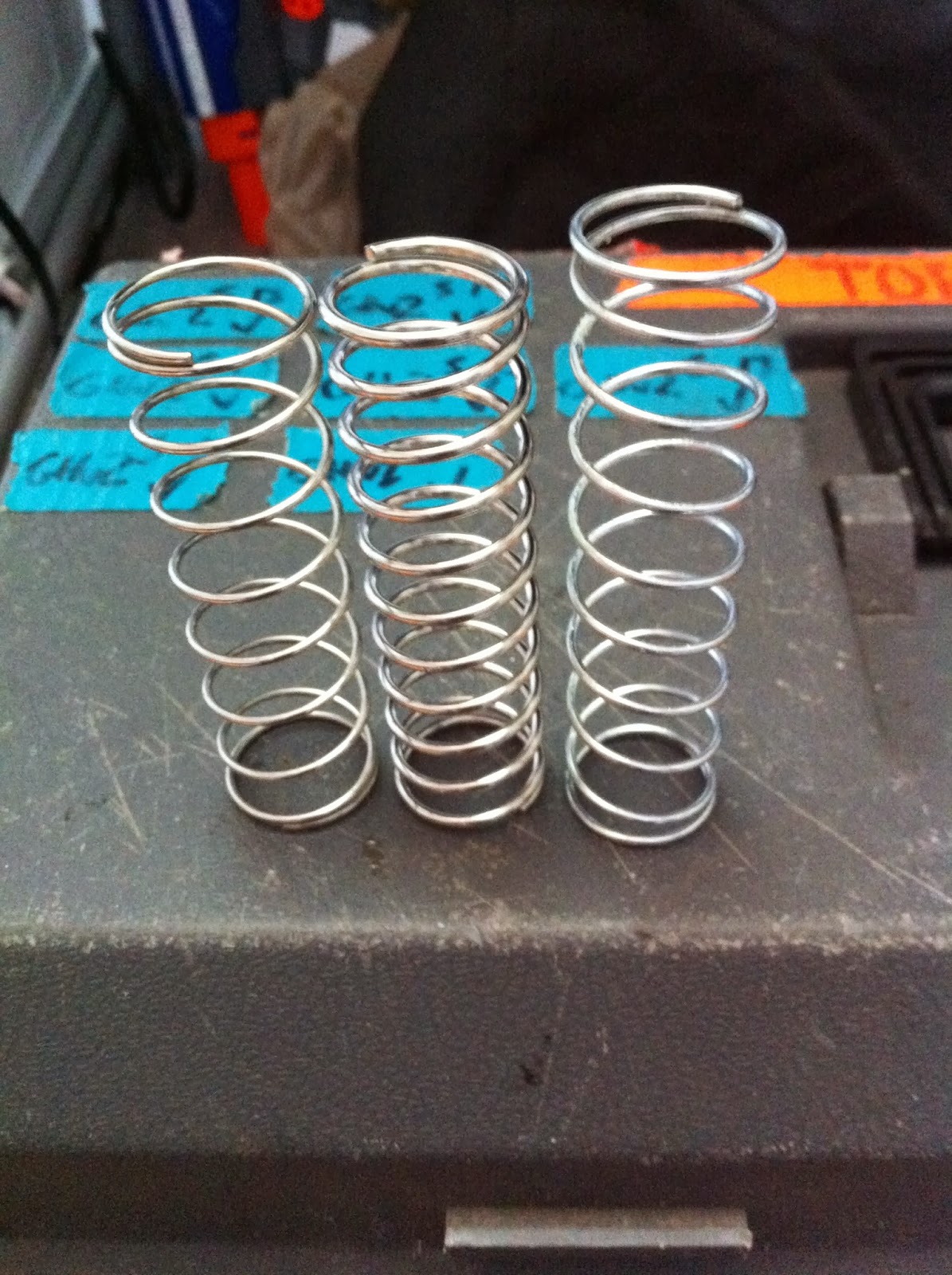 Let's see what the chrono has to say about it.

As usual, OMW highly underrates springs for velocity. The 8 kg spring punched out 90-100fps with elites and around 80 with 1.3g Sonics (Note that I am running very low on Sonic Micros, the test ammo is not new, and in the future tests are probably going to either switch to Buzzbee micros or phase out 1.3g darts entirely).

This is a better result than expected, for sure.

Now one concern that is likely to come up is the effect of springs of this load range on ROF. I video'd my Rapidstrike's Swarmfire (with my "old style" spring combo that I have used since 2011) and the MASS-1 with the OMW 8 kg being fired. The battery used in both cases was a 3S Sanyo pack that was resting at just under 12V prior to the test. I kept the ROF low to make any cyclic rate sag or response loss more apparent.


As you can see, it's no big deal in this case. The little 360 motor can pull this spring just fine and ROF holds up very well. Of course, this is contingent upon the use of a battery with sufficient current capability.
Posted by torukmakto4 at 1:50 PM