Something new I am trying out for Shelf Watch, not that this one is breaking news or anything, but I figure that 99% of the time if I or a local wanted something from there I would have bought it before posting anyway. So may as well post a map of where the sightings were:

I went into this Big Lots expecting to maybe find some cheap clearance stuff. Instead, I found 2015 products. Doubledown 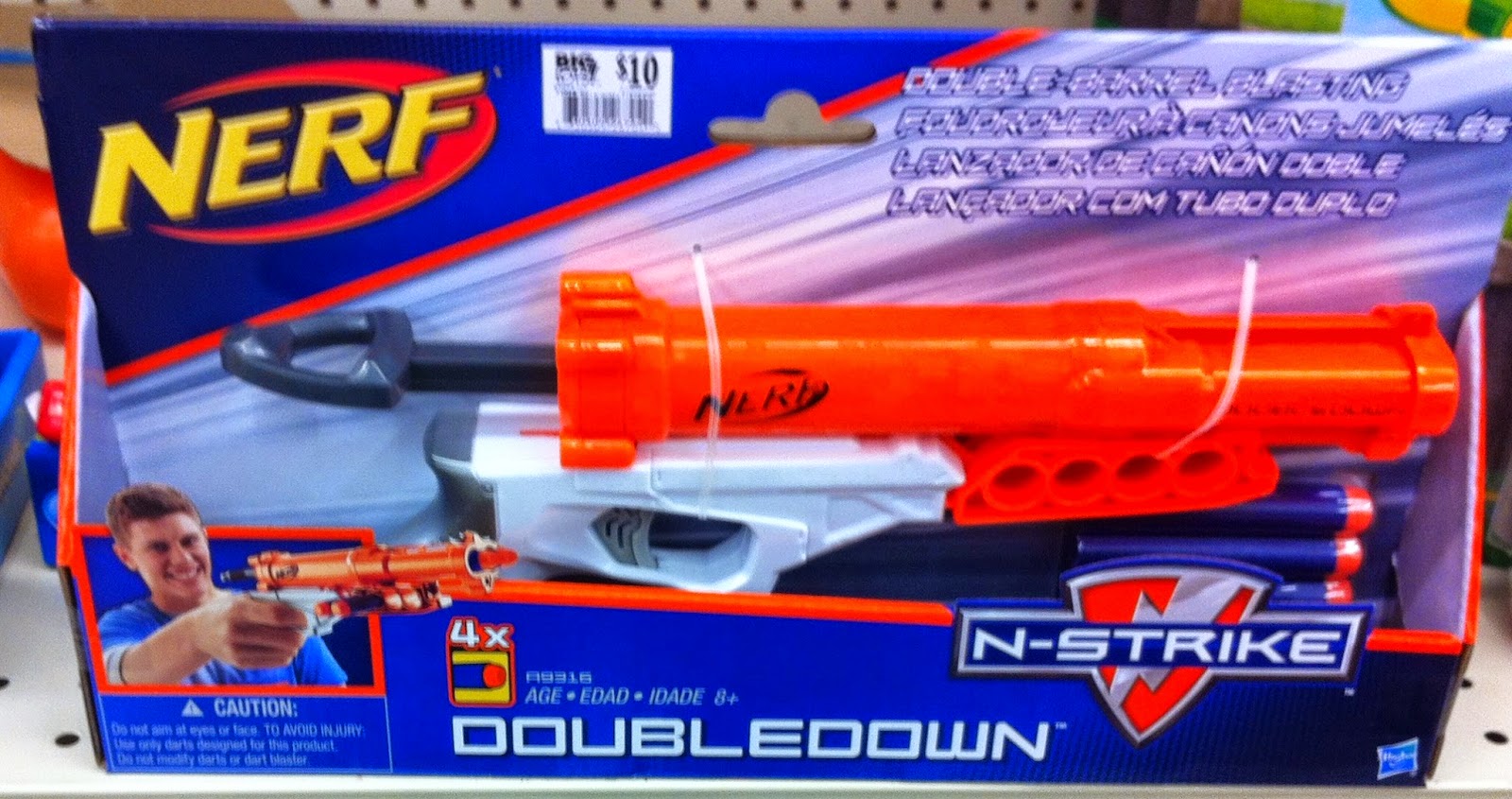 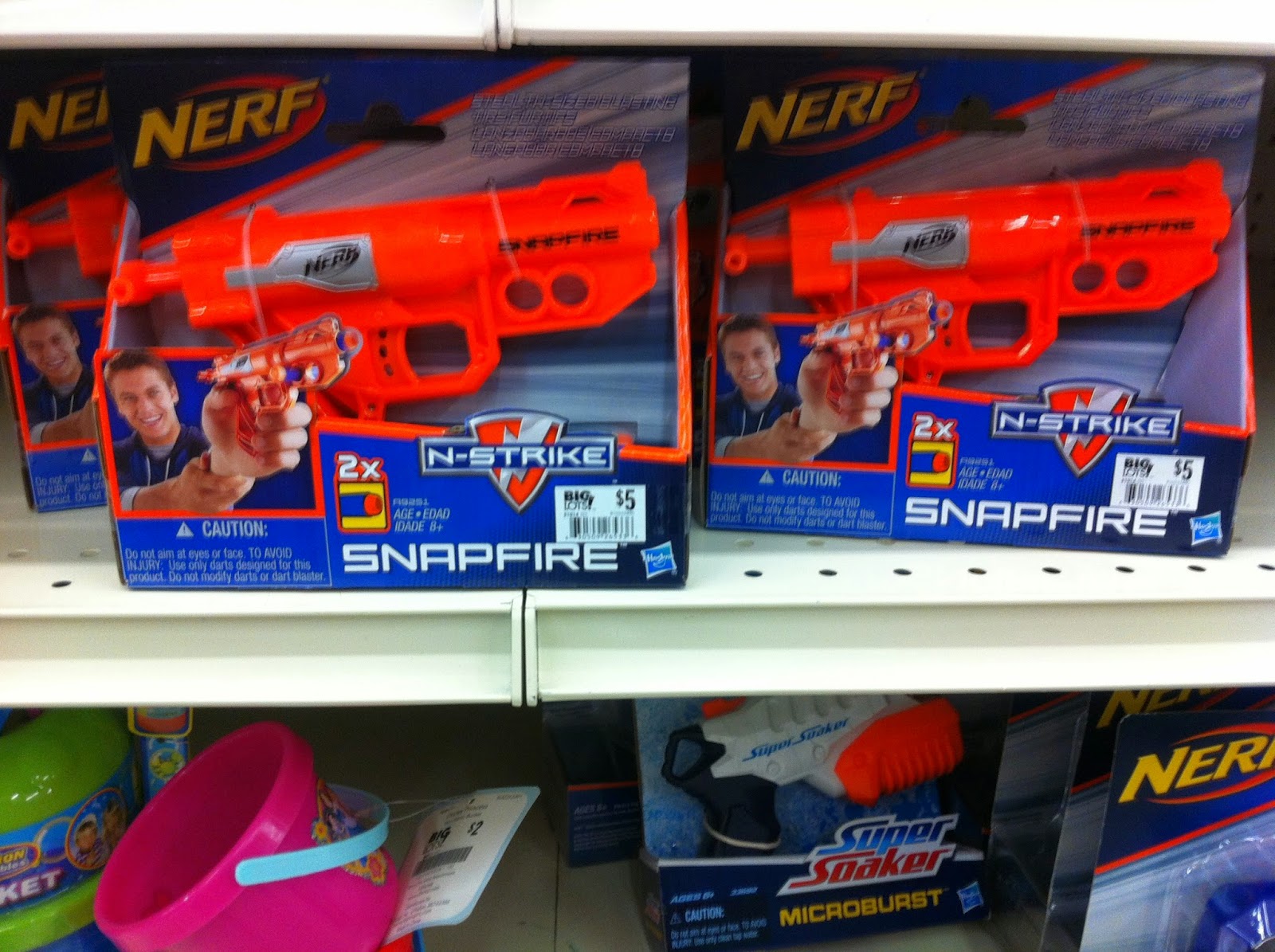 It is strange to see such a recent release at this store, but it does appear the Sharpfire, Snapfire and Doubledown (all part of this new shell-less minimalistic design language, all springers based in some way on the Jolt design, and all non-Elite) are aimed at this sort of market. Big Lots, Family Dollar, endcaps at random stores and the like.

The Doubledown actually appears to have a good bit of displacement and feels like it could take a monster spring, and I love the grip frame for aesthetics. The Snapfire on the other hand... Meh. An actual Jolt is just a better way to go than this thing, which is larger and has that cheapo skeletonized grip that just can't possibly feel good. It's like a 99 cent scrub brush handle.

In addition to these, I found some older generation Nerf Super Soakers: 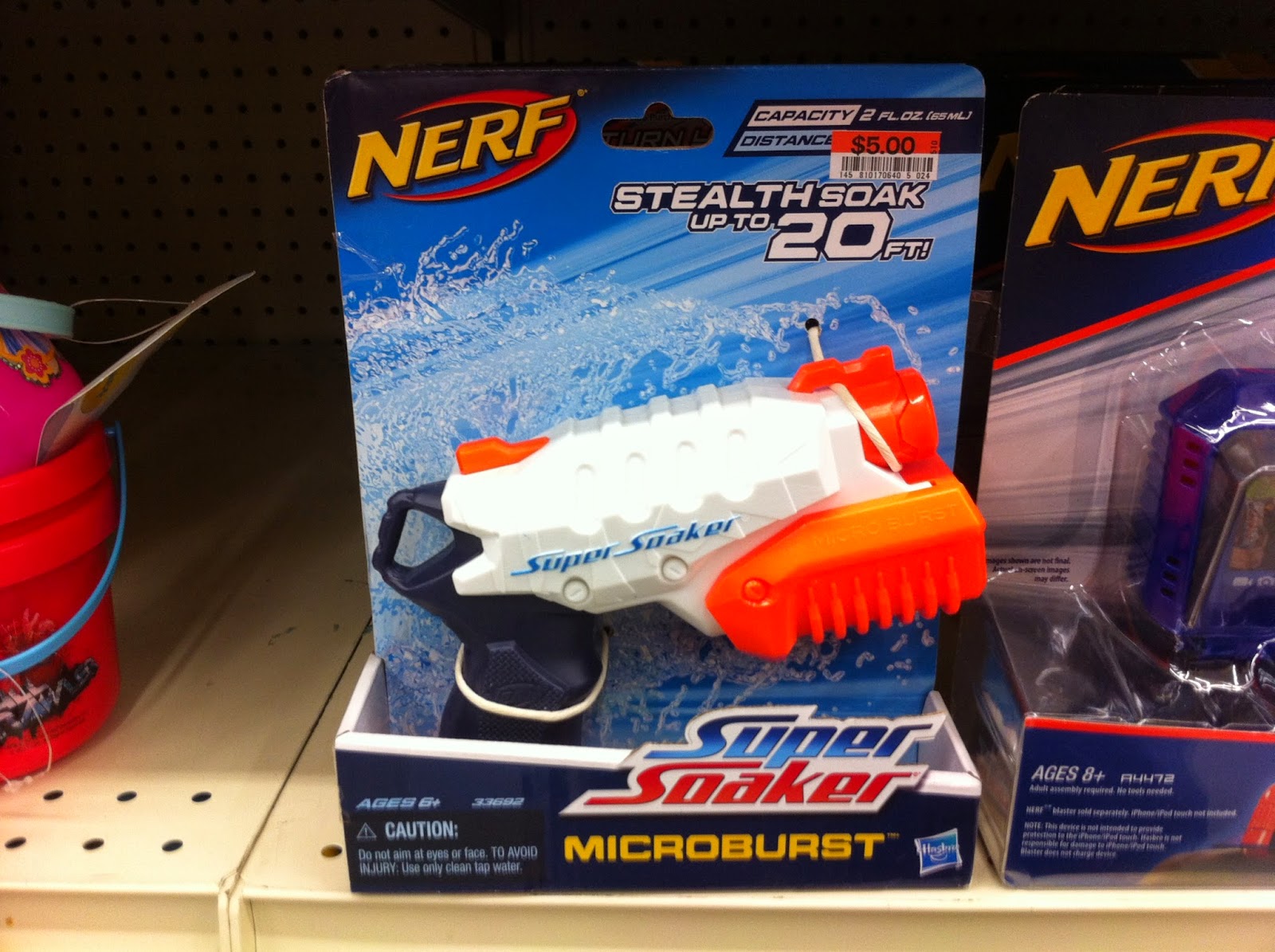 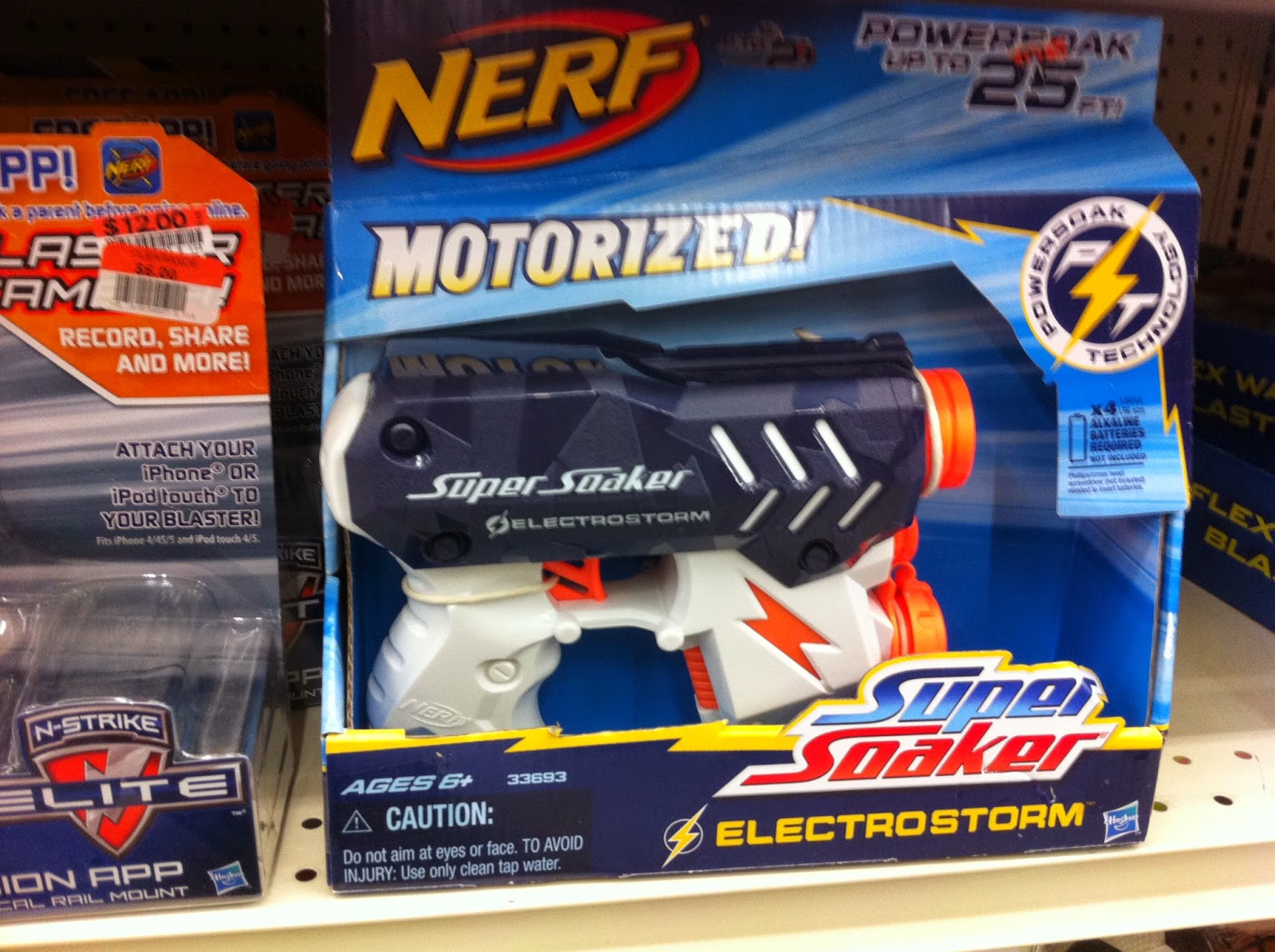 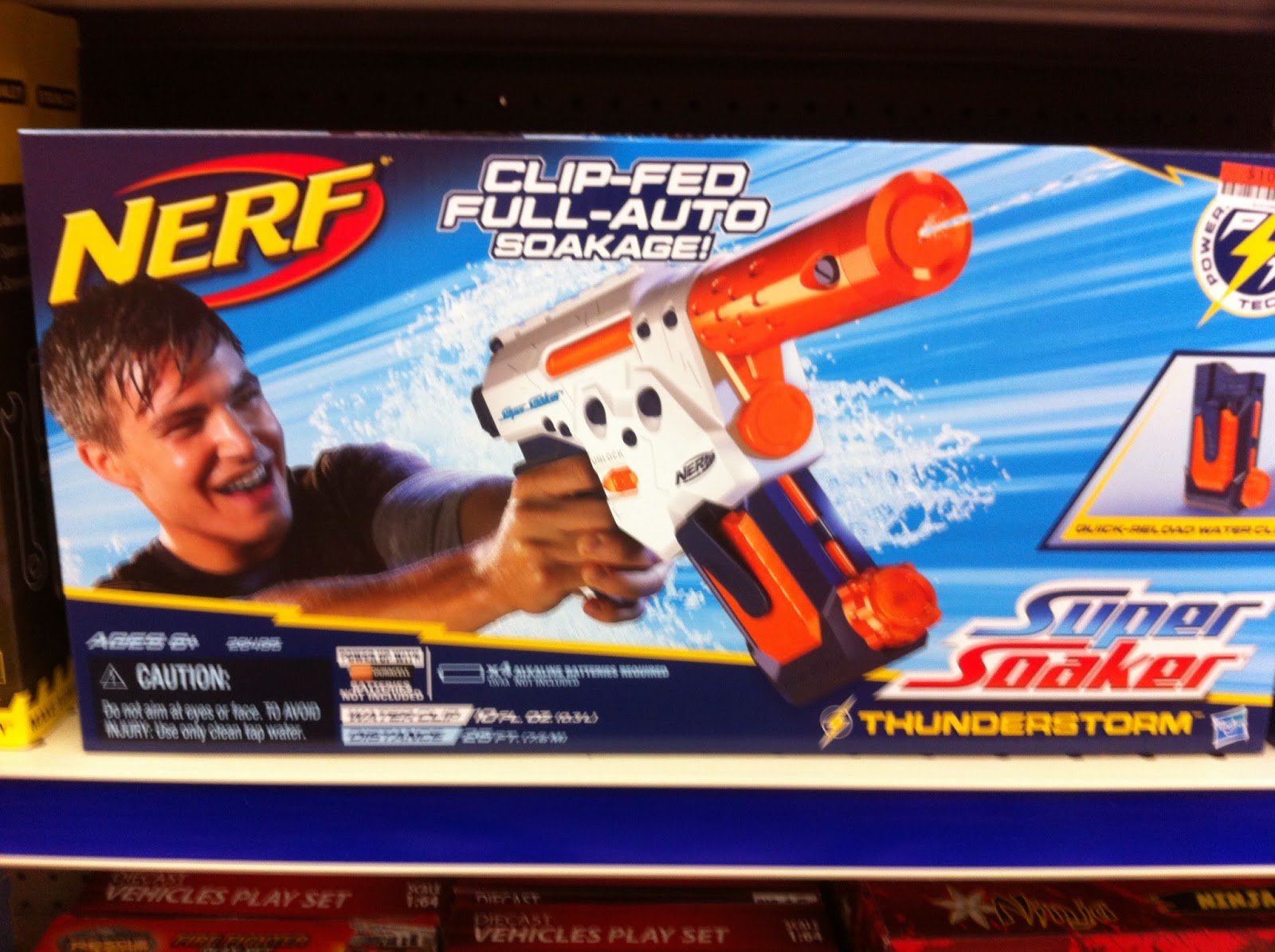 Sadly, no Lightningstorms with the bundled stock. If this had been one of those, I would have snagged it for that price.

And the original generation iPhone rail mount for $6 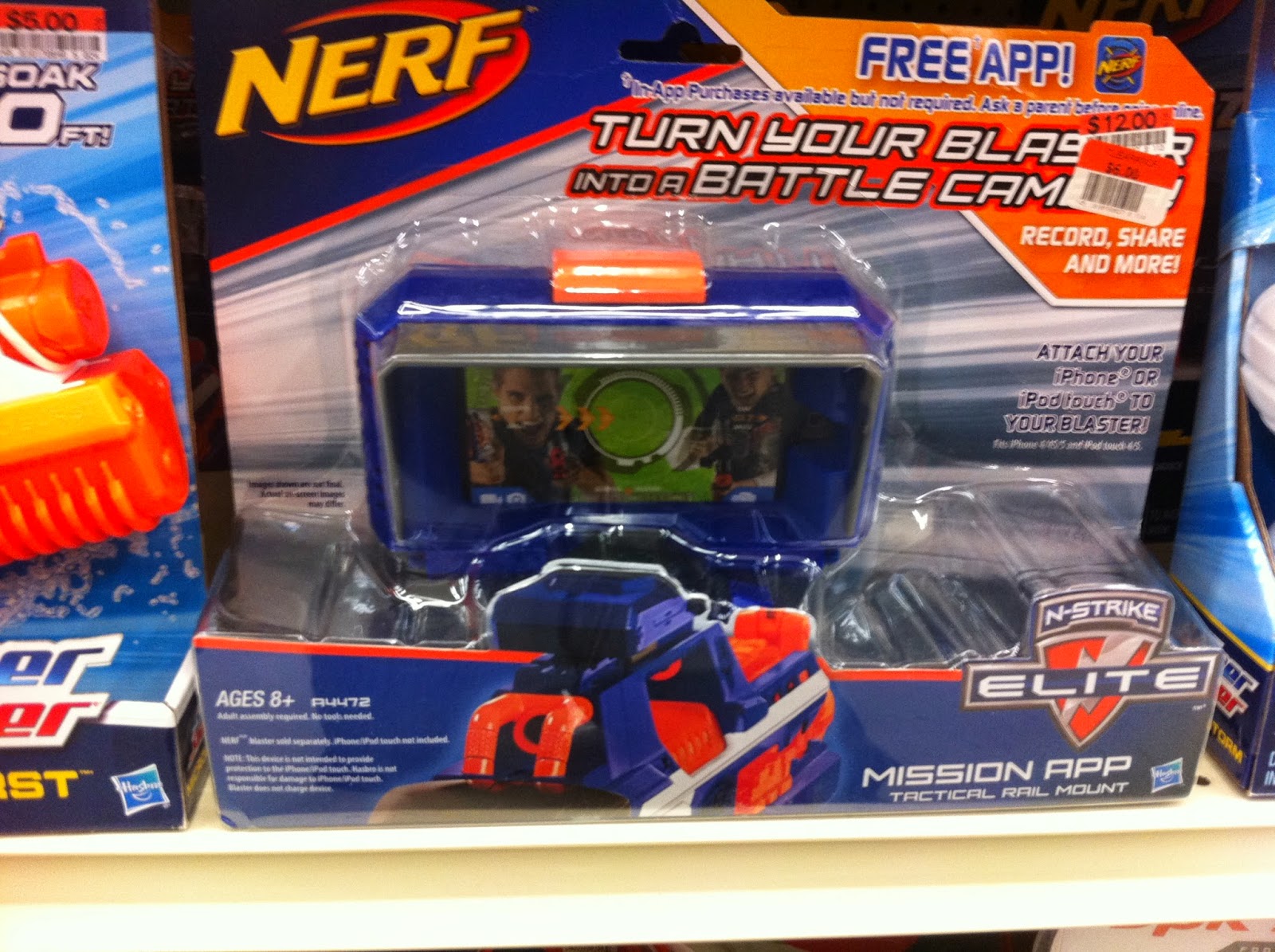