The evolution of the Tacmod lineage:

The concept 3.1 eliminates the carry handle in favor of a full length top rail. This gives a bit more modularity and is a bit more friendly to optics. Additionally, all nonstandard Hasbro rail segments are to be replaced with Picatinny (MIL-STD-1913).

Next car in the Picatinny train will be to develop Picatinny conversions for the carry handle equipped 2.1. The 2.1 is the gun you guys know, the one you have probably been hit by if you play TBNC or Florida Polytechnic HvZ:

Or at least, that is the prototype, which is a work in progress itself. Recently, I finally got around to repairing my charge connector hack once and for all, and with all balance wiring properly separated from the charge current path and a new charge cable made up to match, it charges and balances like a boss. 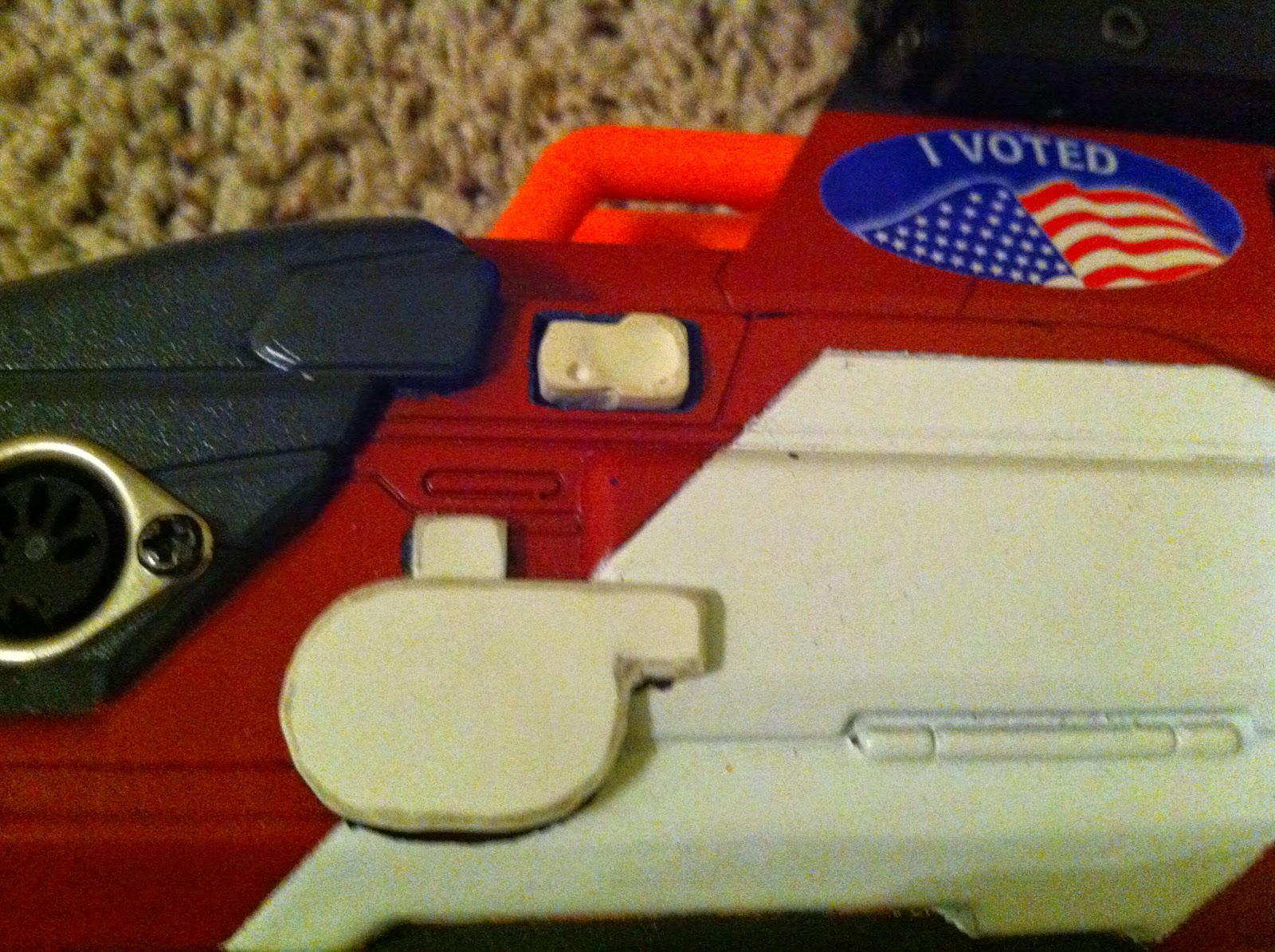 Another addition, an arming plug. This is a shorted connector that you plug in to complete the circuit to the battery and power the gun up. I fabricated a female Deans into the receiver in a little recess just above the pusher endbell cover, wired it into one of the battery leads, then shorted a male dean with a wire and cast it with epoxy to make a nice little "key" that sticks in there unobtrusively. This is a safety thing since the battery is non-removable, and traveling with this old 2.1 was always a bit tense since it was always live. It isn't something you would want to throw in the trunk of a car.


Other in-progress product improvements, some of which are going into the 3.1 build for my new primary:
On that note, the build is underway. Sadly, I don't have images of the RS itself, but it is well into the teardown process ready for all the fabrication. The carry handle is off. I am doing a more complete and lower flat-topping job than has been done before, working around the flywheels much differently, and you will see why.

Here are most of the upgrade parts and goodies for this project: 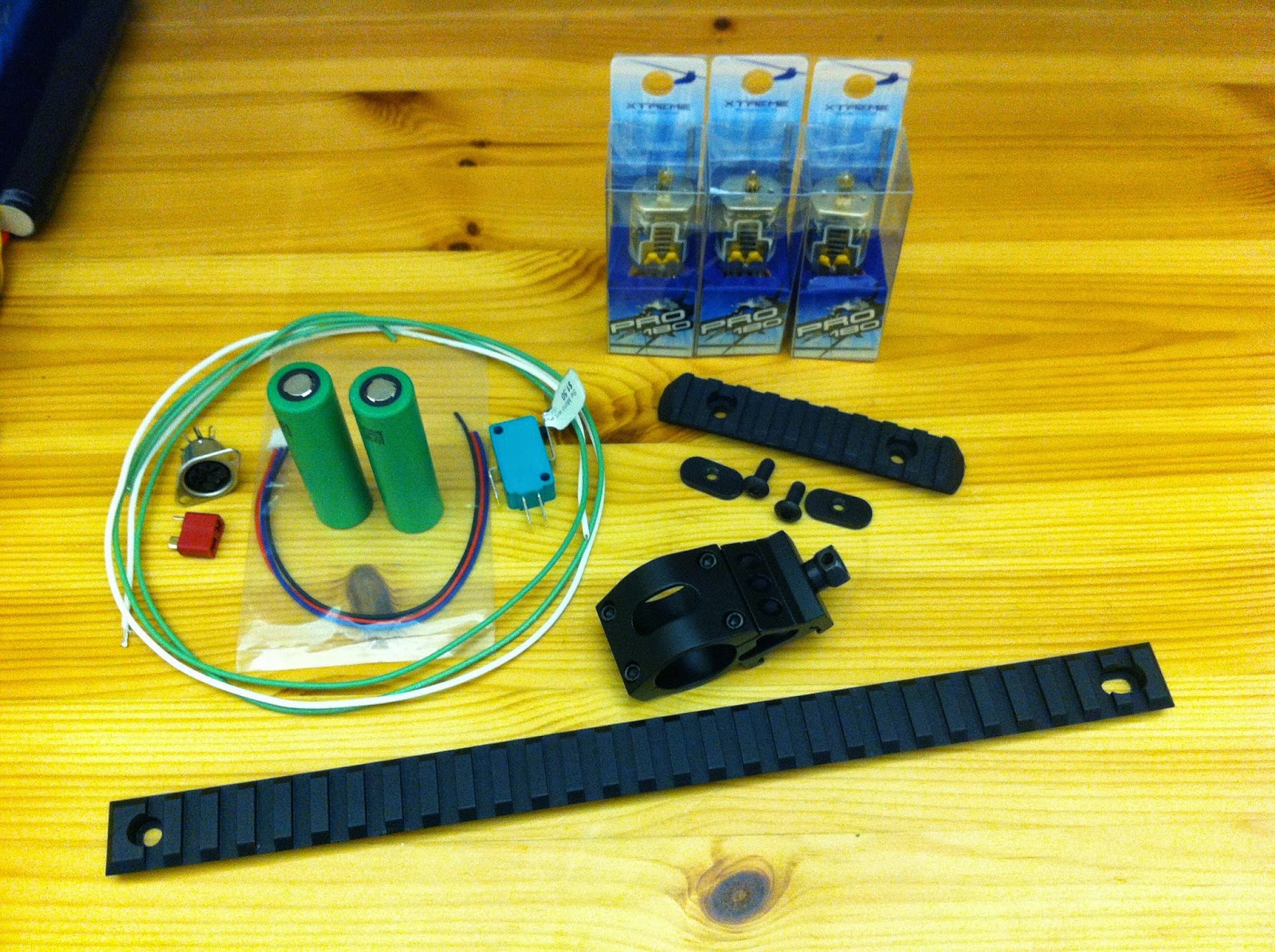 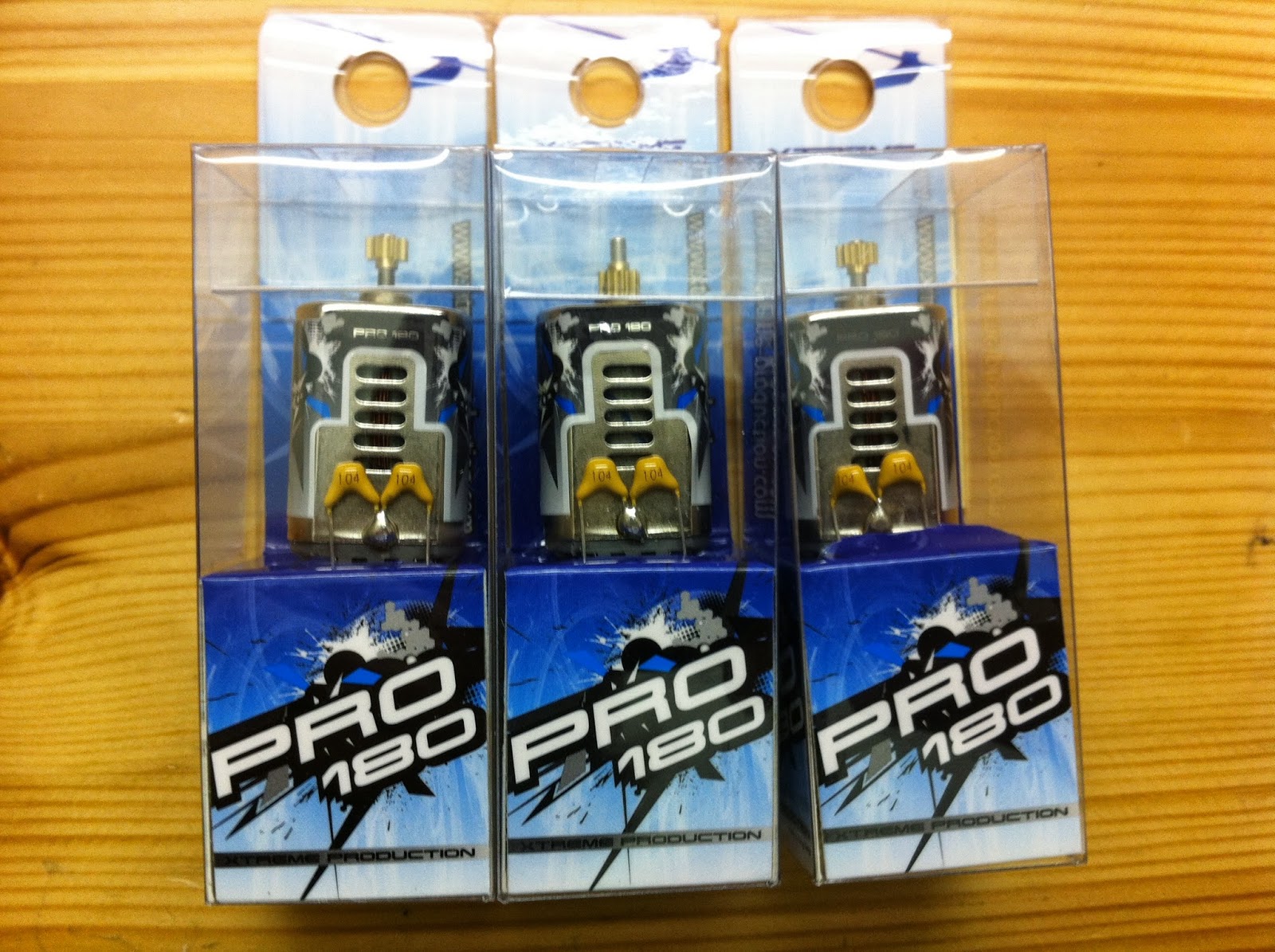 Look how strong those magnets are. 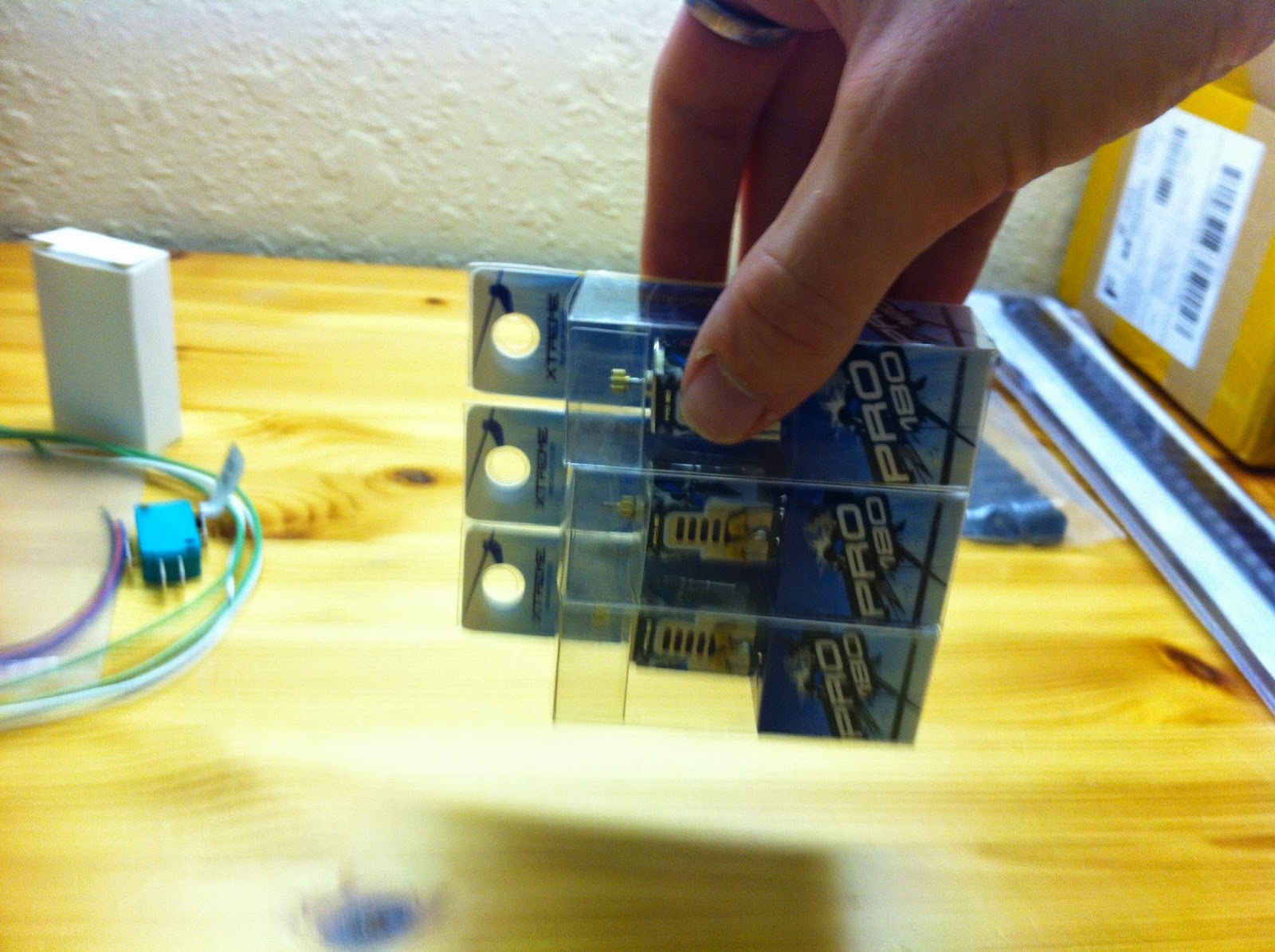 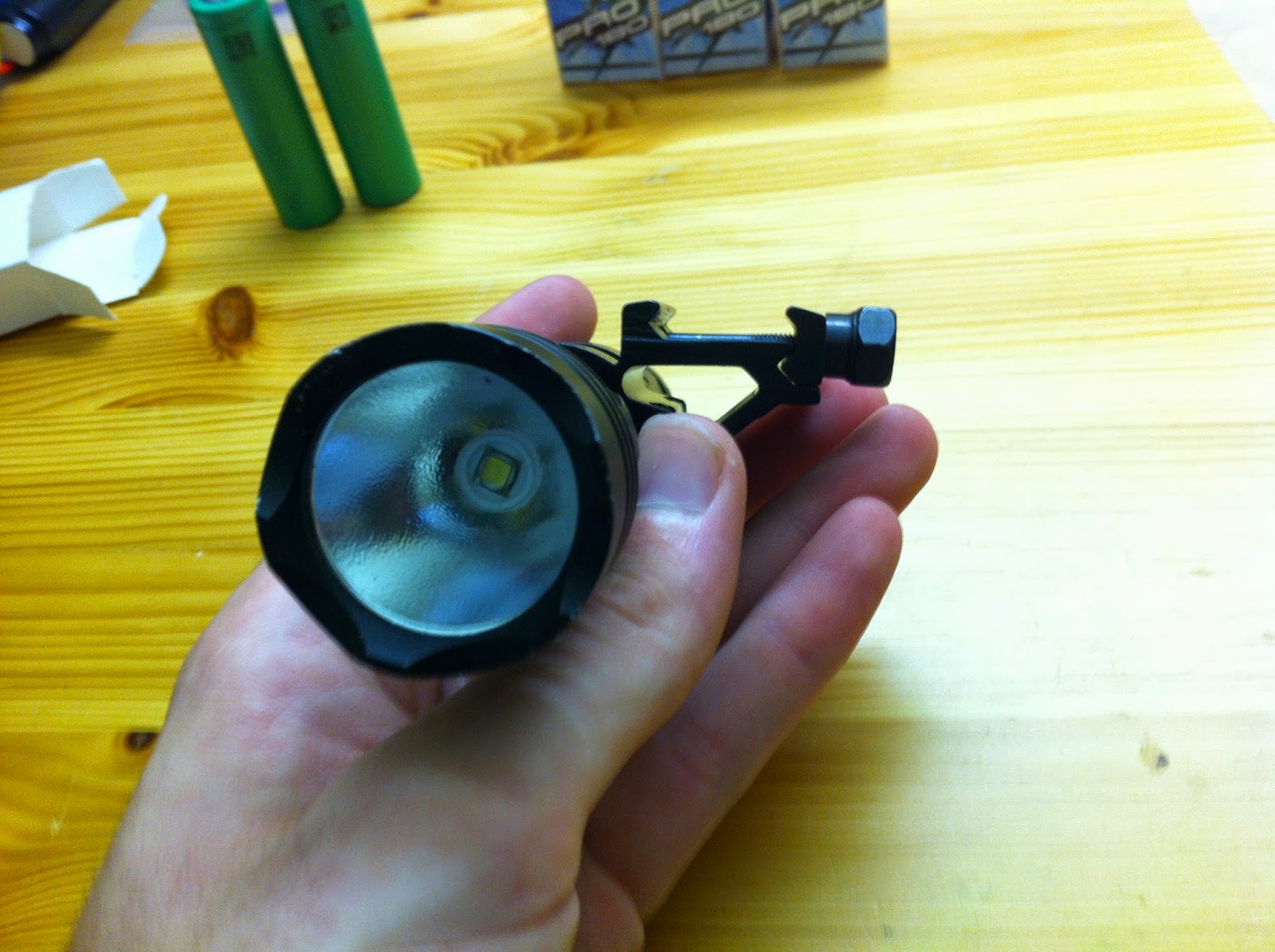 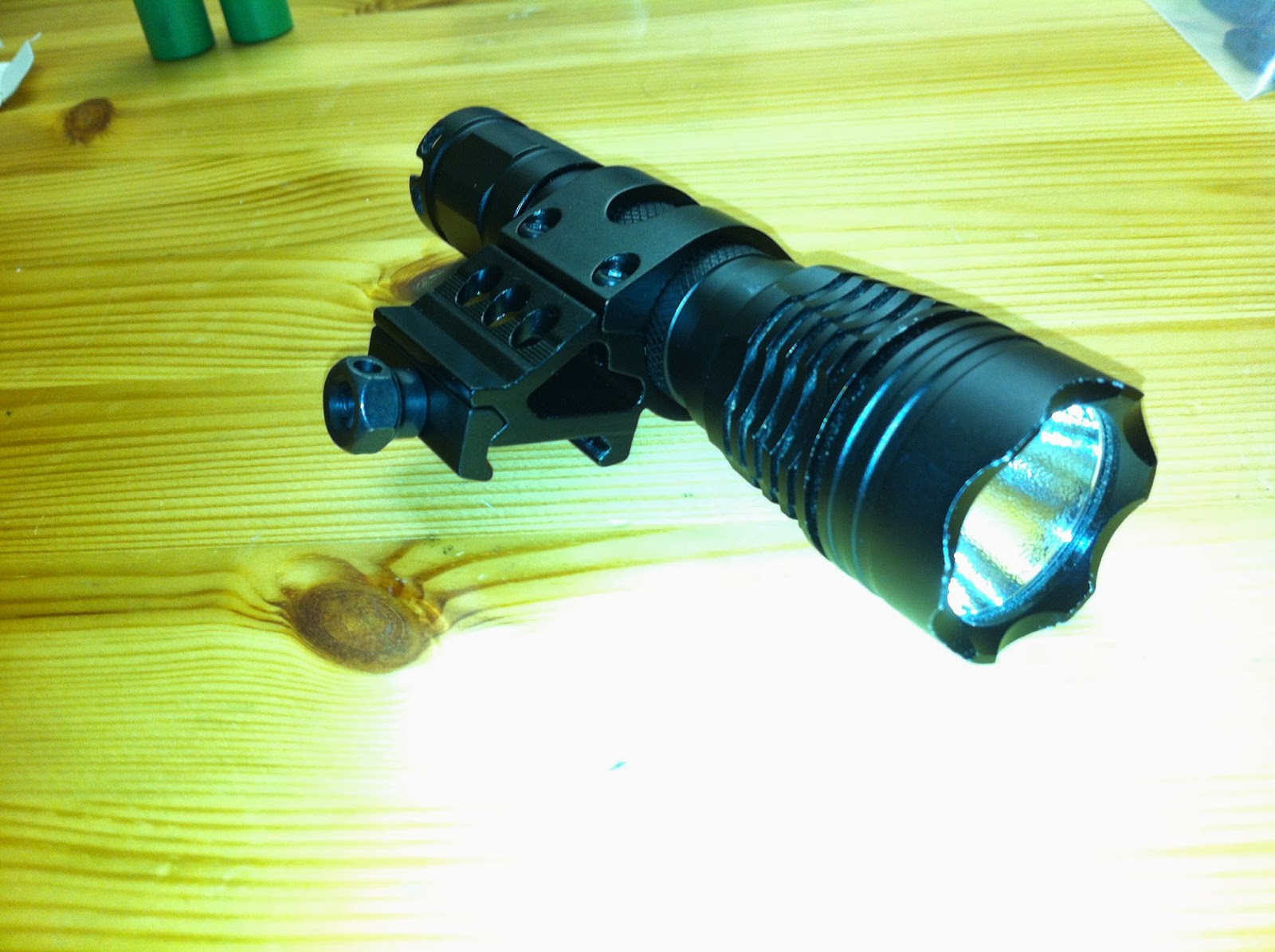 Reviews/links on all of the stuff coming later. All the rail hardware was super, super cheap for what it is and you betcha I am going to be posting specifically about rail section sourcing and use.

I still need a Stryfe cage and fly set, and I am eyeballing 10.1A Omron submini levers for the FCG build. After seeing the BSUK kit, I will be using a plastic follower similar to that design, not a roller like in the old prototype.

This is going to be an awesome journey. Build posts coming soon. I promise I will take my time and be as clean and careful as I can with this particular build at every stage. Nothing will be spared, I am determined to end up with superstock defined and incarnate in a single piece of equipment when I am done.