I had a USF HvZ game coming up, so something greatly needed to be done about the motor phase wires strung across the sides of this blaster before they got snagged and ripped out. I took the opportunity with these wire covers to try out this fluted surface finish, which will definitely make it into many Production T19 parts. 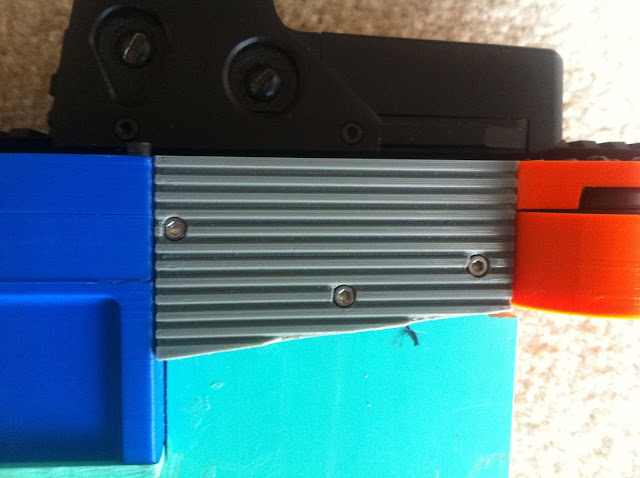 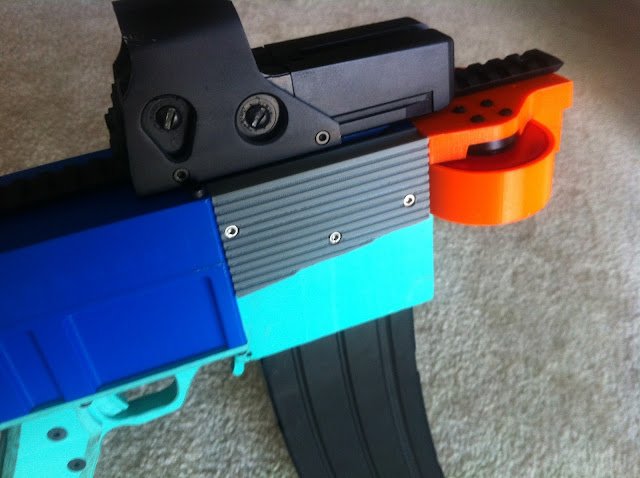 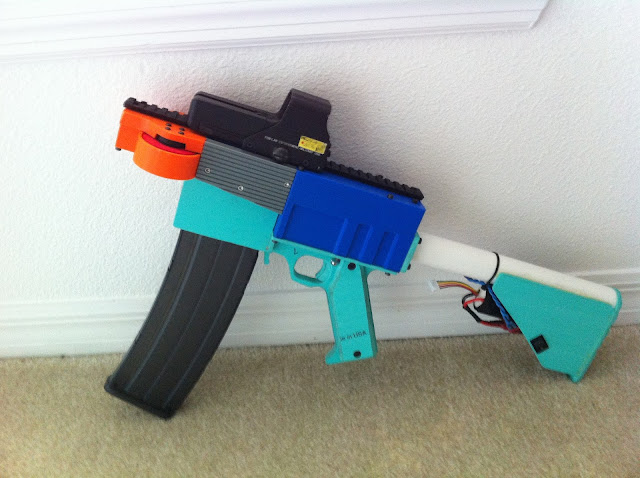 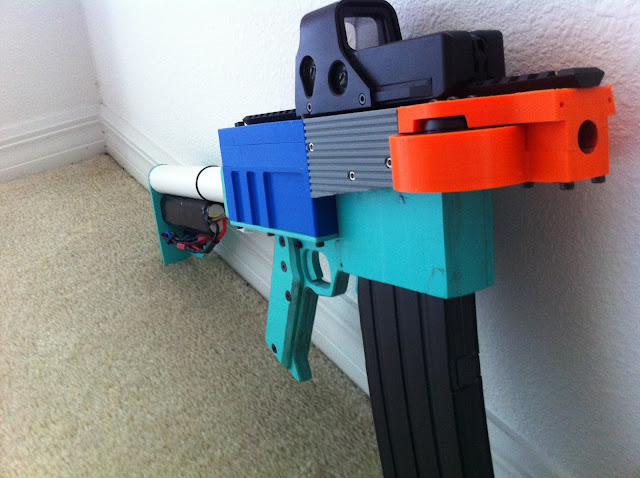 As a final tweak, I drew up a flash hider for it as well: 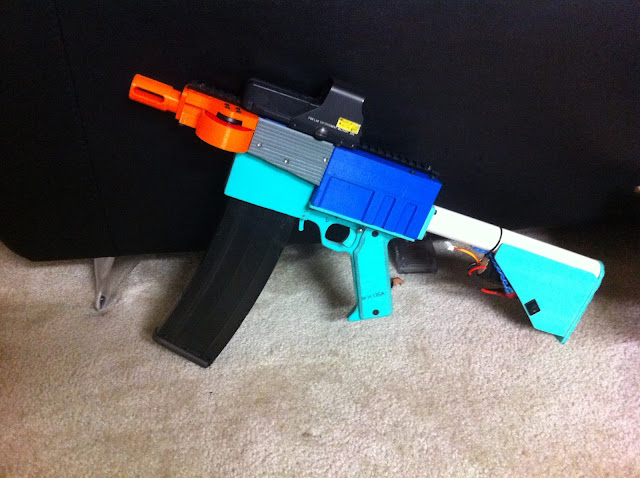 There is a considerable practical purpose to this device aside from making my blaster look more tacticool and less truncated. Namely, a bit of barrel length (including any muzzle-thingies) is desirable for working past bunkers and cover. I had a habit of shooting darts into my bunker. Furthermore, with a bare Hy-Con cage, firing pointblank into an obstruction, such as a cover item or a charging zombie crashing into you, would lock the flywheels up and completely pulverize the back half of the dart. The flash hider gives somewhere for that dart to go and avoids unnecessary drive abuse and unnecessary dart vaporization. 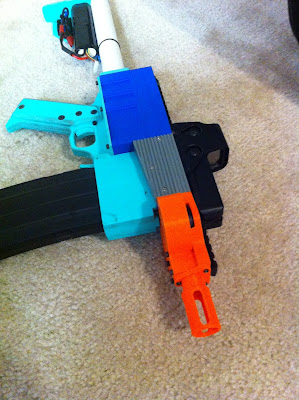 It's also the first official piece of Production T19. I'm working my way back from the front of the blaster. Things are gonna get modelled and tested quite fast in the coming month or so.

The power system also got a considerable revamp. Gone is the 3S battery. I now run on 4S with the closed-loop control discussed in the last post. This greatly enhances performance of the flywheel drives with much better speed regulation during firing, better startups, and consistent full speed and critical velocity throughout the battery charge cycle. It also buffs up the stepper bolt drive's torque curve and allows running higher ROF. I currently run at 11rps and have fewer skipped steps than I did running 9-ish rps on 3S, which were not many to begin with. 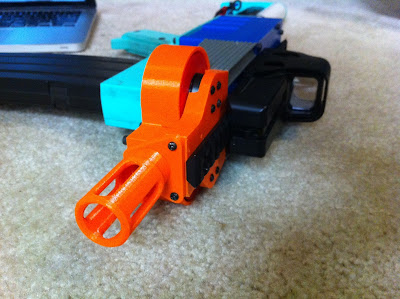 A change to support the use of 4S is that the backplane's 5V logic power buck/boost module needed to change, since the S9V11F5 is rated to maximum 16V input, which can be exceeded with a fully charged 4 cell battery (though for a while I was feeding it straight 4S and there was never any failure). I have purchased a few different alternative buck/boosts with higher input voltage ratings to try out, but what got me through all the recent combat and will probably remain in the Model Pandora for good was in fact a S9V11F5 with two 1N5551 diodes in front of it to waste a volt or so. Yes, it's janky as fuck, but sometimes janky works! if anything goes wrong with the alternative modules, that may very well be a backup plan.
Posted by torukmakto4 at 5:06 PM