A lot has happened on this project.

This is where we were as of last time.

I was not satisfied with the direction this build was heading. I had built around the Stryfe proportions and the resulting gun was a really slab-sided and... fat hunk of junk.

I ended up chopping up my shrouds quite severely. The upper got 3/8" whacked off the lower edge, exposing more of the Stryfe receiver, and the lower shroud in the handguard area was moved up, also by 3/8". The difference in how the result matches is tremendous.

I also added one more feature that I had been missing, which was a fake ejection port to match the live fire OR, because I felt that right side of the shroud was kinda blank looking. 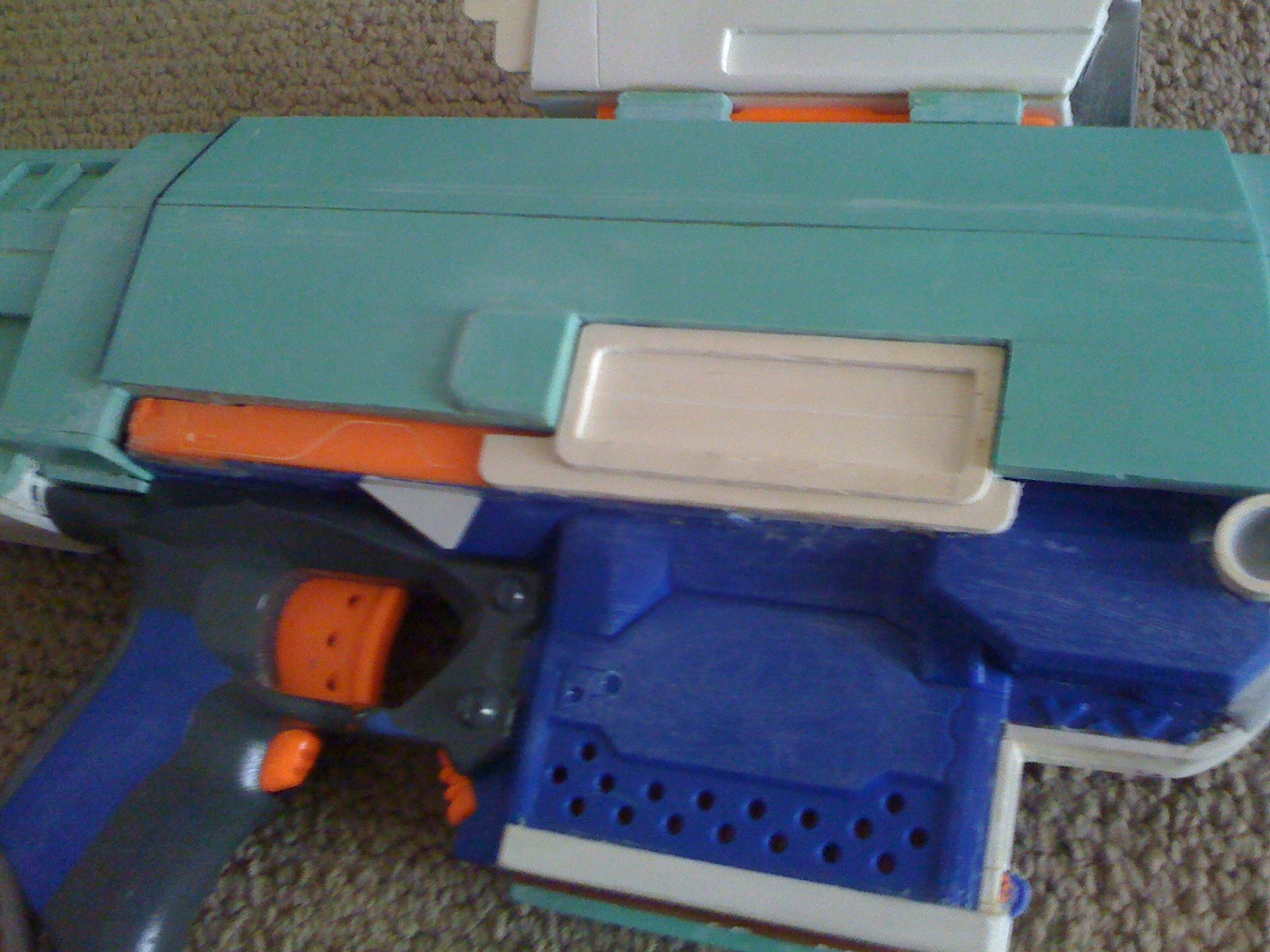 I also removed the badges and sanded the grip side panels smooth. That grip is not accurate but neither is the rest of this lower receiver. I guess my explanation for the non-angled larger magwell and other random differences is that my OR is the "heavy" version. If the original OR was compared to a SCAR-L, this one is analogous to a SCAR-H. And possibly a different generation. With a different trigger design, a Kalashnikov style mag release and a completely different grip frame.


Finally... the optic. I wrote off the Nitron scope entirely, because by this point I was building a fairly good prop replica, not a Nerf OR-ish lookin' thing.


So I scratchbuilt it. 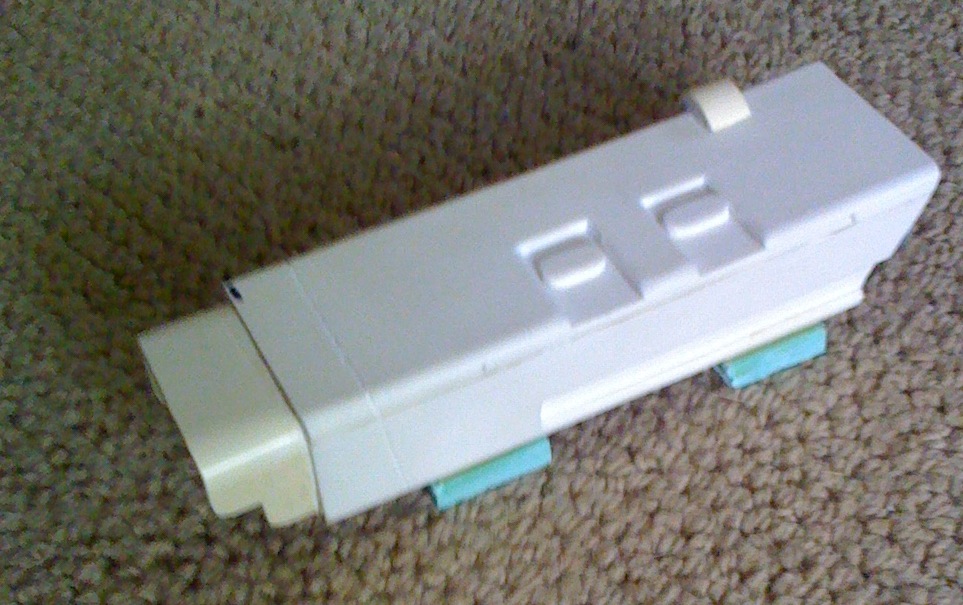 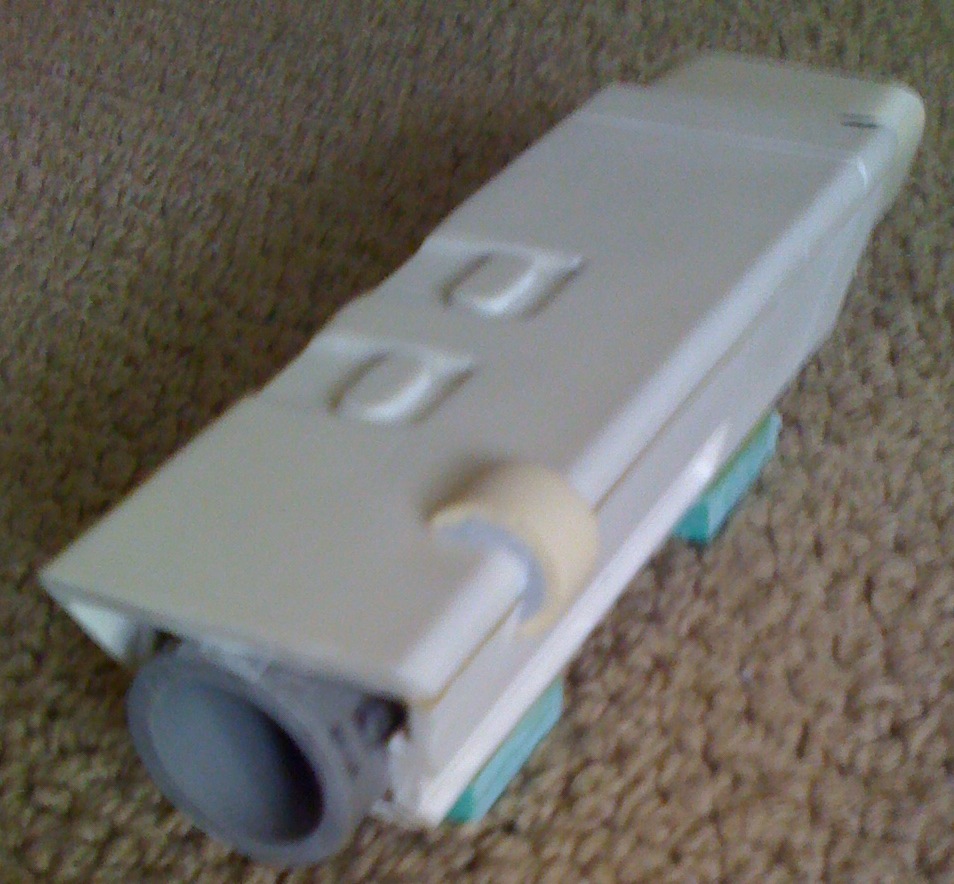 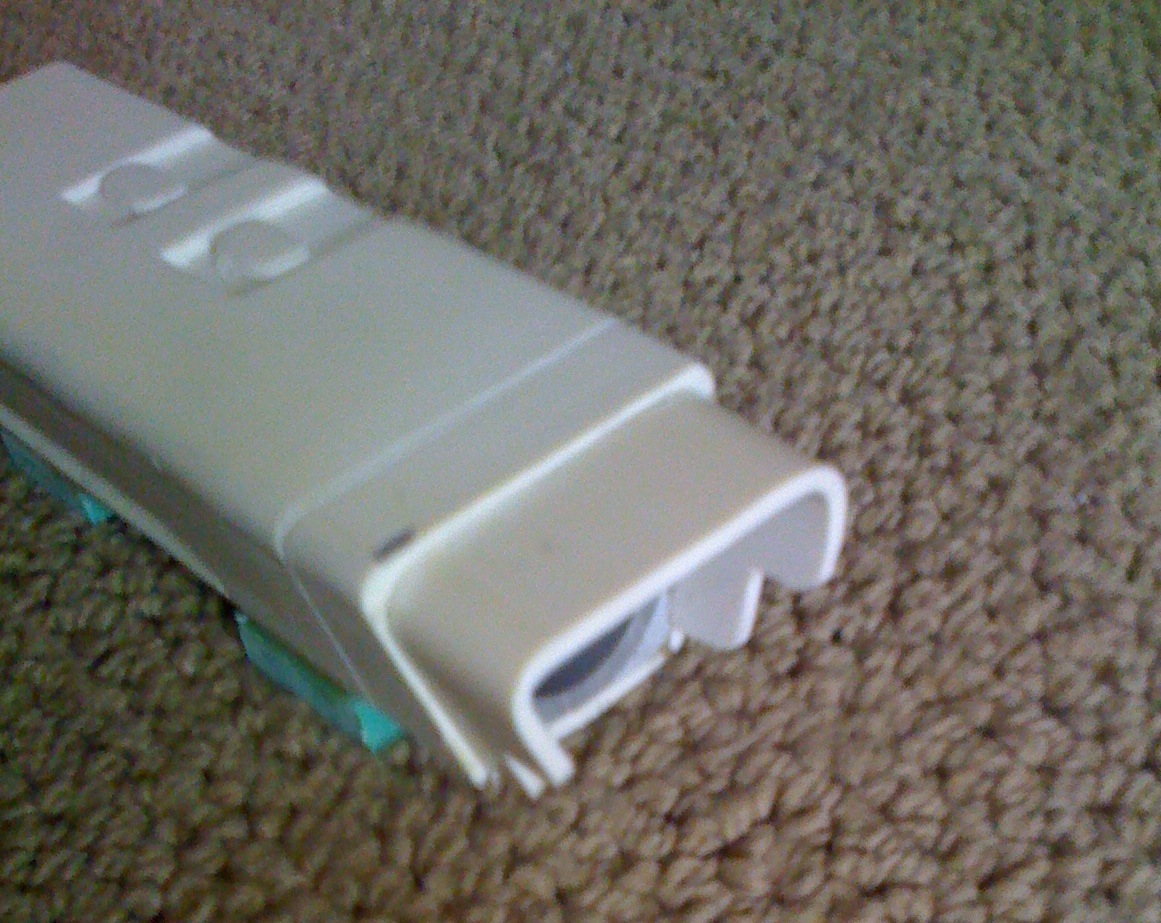 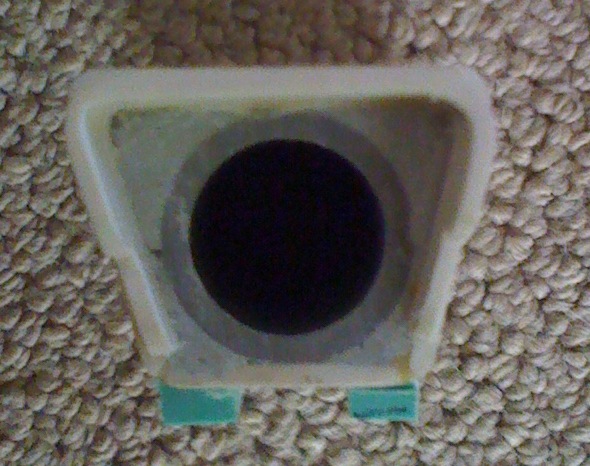 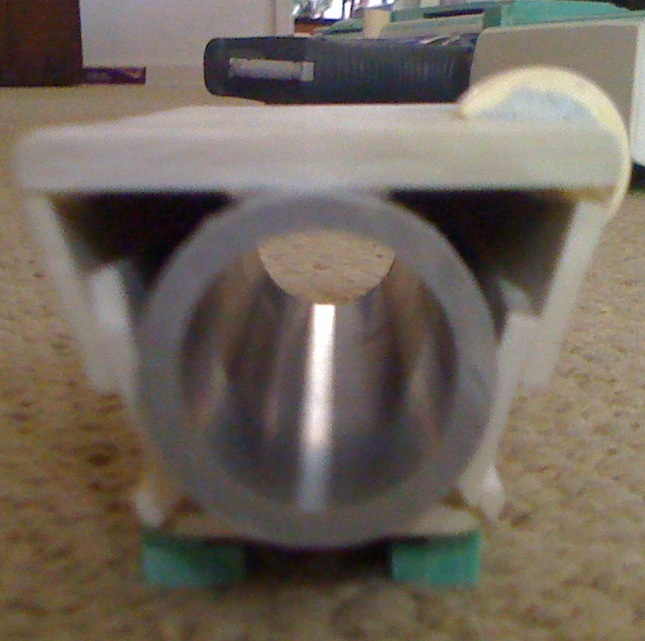 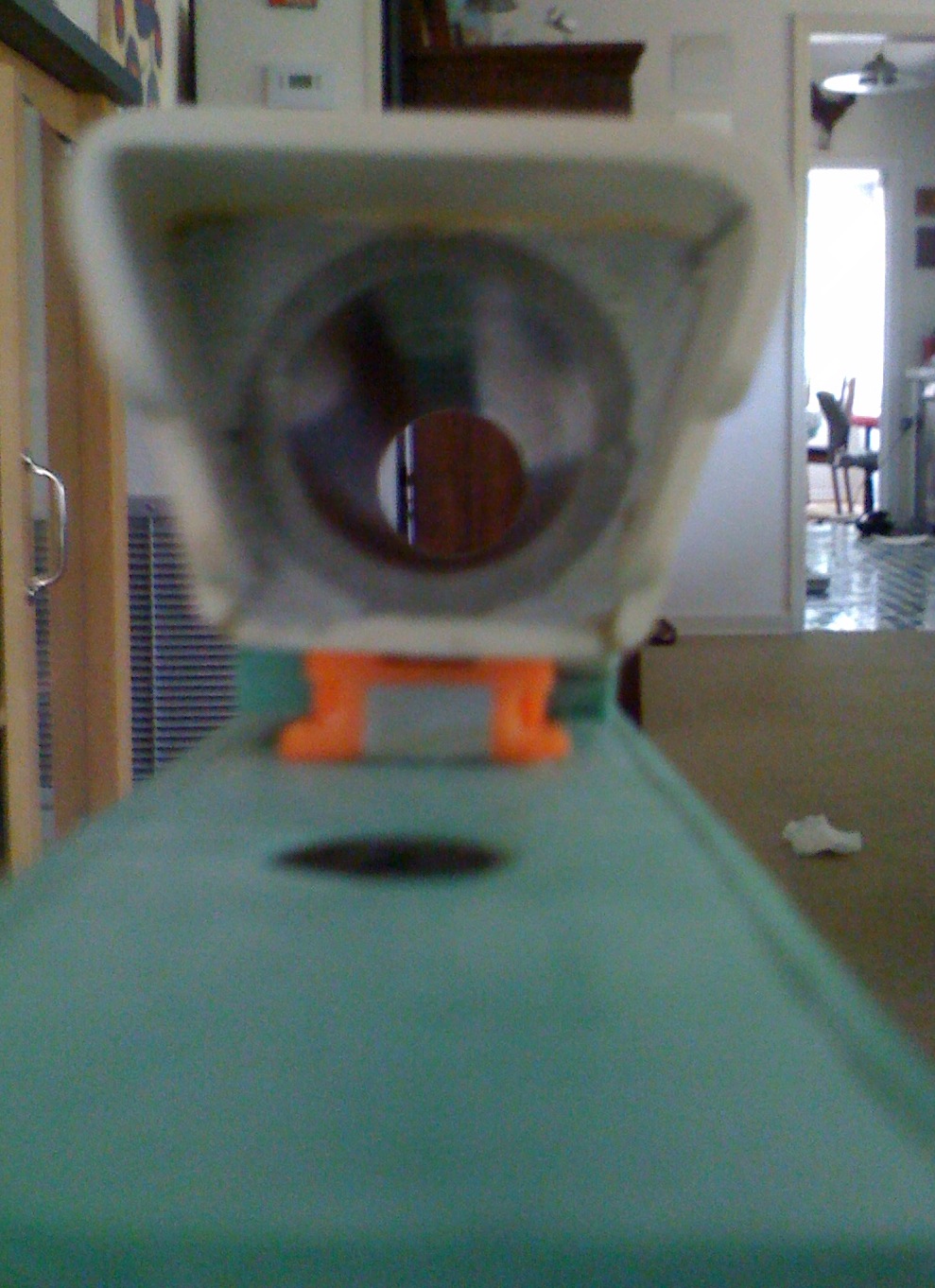 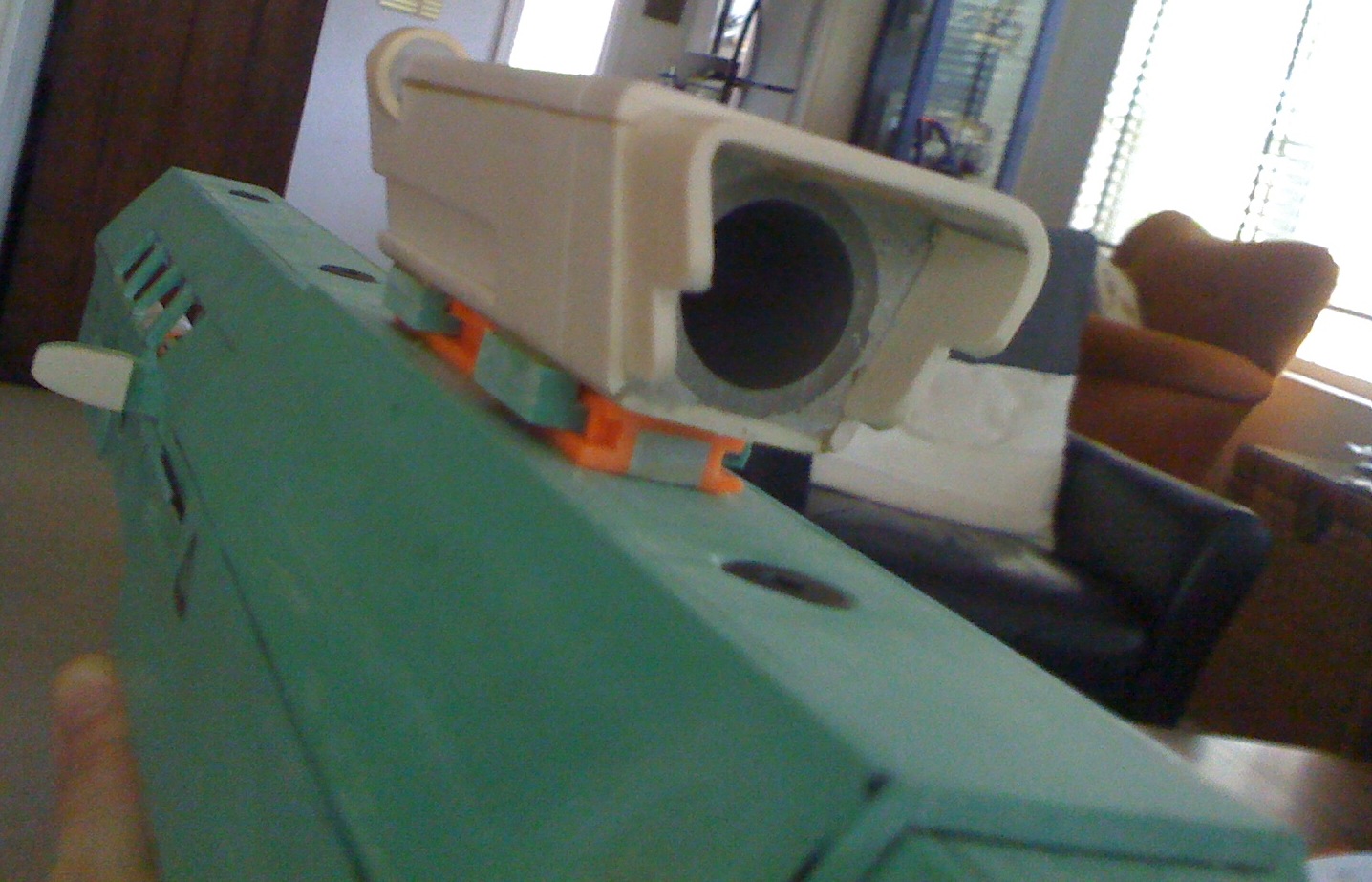 What else? Oh yeah, it shoots. I dropped in a set of SMC Barricades, Rayven flywheels and set it up for one of my 9 cell 700 packs. It acts like any other flywheel gun.

Now to sand up a storm of PVC dust getting it all smooth, and paint. The paintjob is NOT going to be HVZ safe, it is going to be screen accurate. There is little point in HVZing this rifle. I have uglier, more effective, less labor intensive tools for playing the game with (like my Cyclone, Rayven, Swarmpede, Vulcan, MASS and future builds of the same type). This is just a Stryfe rifle with a weapon light, after all.

Determine what to do with sling mount configuration.
Sand, possibly bondo some stuff.
Paint.
Obtain a sling.