Just a quick one here.

The Triad, Roughcut and Strongarm can ALL be made Streamline compatible in the field with basic tools in under a minute per gun without disassembly! Jump for how...

Use needlenose pliers to reach into each barrel and grab the end of the peg. 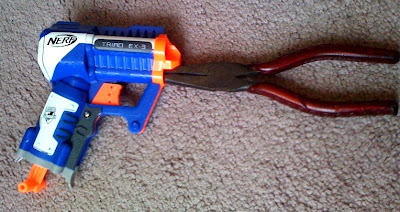 Rotate the peg back and forth 1.5 to 2 turns until it fatigues and fails near the end. Take care not to bend the peg, or you will need to drill the access hole in the backplate to remove the valve block (Triad) or disassemble the gun normally (RC) and clean up the mess. 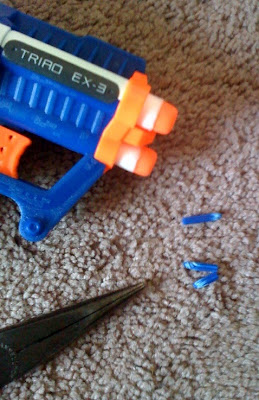 While there have been claims by Nerfhaven users that full peg and web removal on the Triad constitutes a flow improvement with attendant velocity increase, the chronograph says otherwise. I don't think it's worth the hassle to disassemble a Triad unless you want to fire solid core darts and have to get rid of the entire peg.

Flip out the cylinder. Use dikes to snip the peg webs. Discard pegs. Remove any sharp edges with a knife. 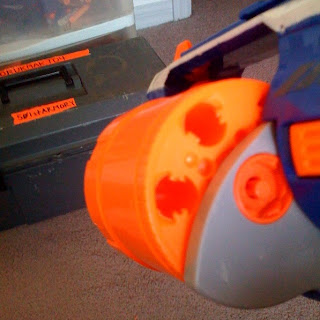