My next step after trying out Voberry's darts was to revisit the well-known "koosh" dart. 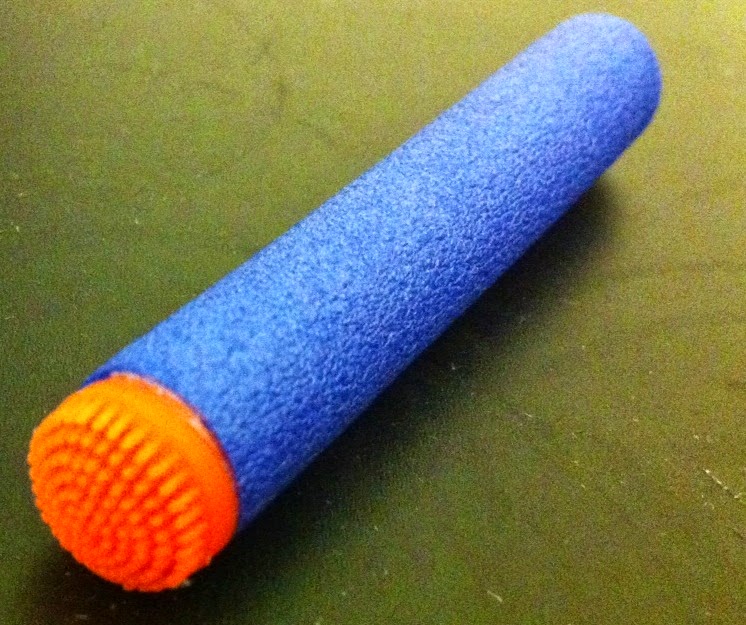 The term "koosh" is never found in any listing or advertisement; it is an NIC nickname, due to the bristled impact surface (vaguely similar to a Koosh ball) as an alternative to the traditional air-filled dome.

If you are not familiar, these are more or less a third-generation stock type tip design, supposedly developed by the Chinese to solve the Elite's accuracy problems - and that they do.

However, there are two ongoing and widely reported quality problems with the final product darts made from these tips. One is undersize foam, which is not a big deal for flywheels but is no good for springers unless you want to go changing barrels to an uncommon small bore size just to accomodate them. The other is weak, inadequate or uncured tip glue, which leads to darts falling apart in use. Obviously, that is a critical issue that breaks the whole deal for any kind of HvZ or serious gaming.

Previously I have reported on the issues these darts have caused as a result. I had planned to buy koosh darts from common sellers, disassemble them and remount all the tips with the contact cement/CA method to explore the viability of such a process for average nerfers, since the accuracy benefits of the tip design are significant.

However, I encountered this thread on Reddit in which a user found one seller's darts to not have undersize foam. This seller is yutoys, on eBay. I ended up ordering from this seller.

Cost was $19.96 per 200 rounds, about 2 cents per round more expensive than Voberry's offering.

I received my order of darts in a little over a week. Shipped by China Post, this time with a working tracking number. As usual, they come in 10-round packets. 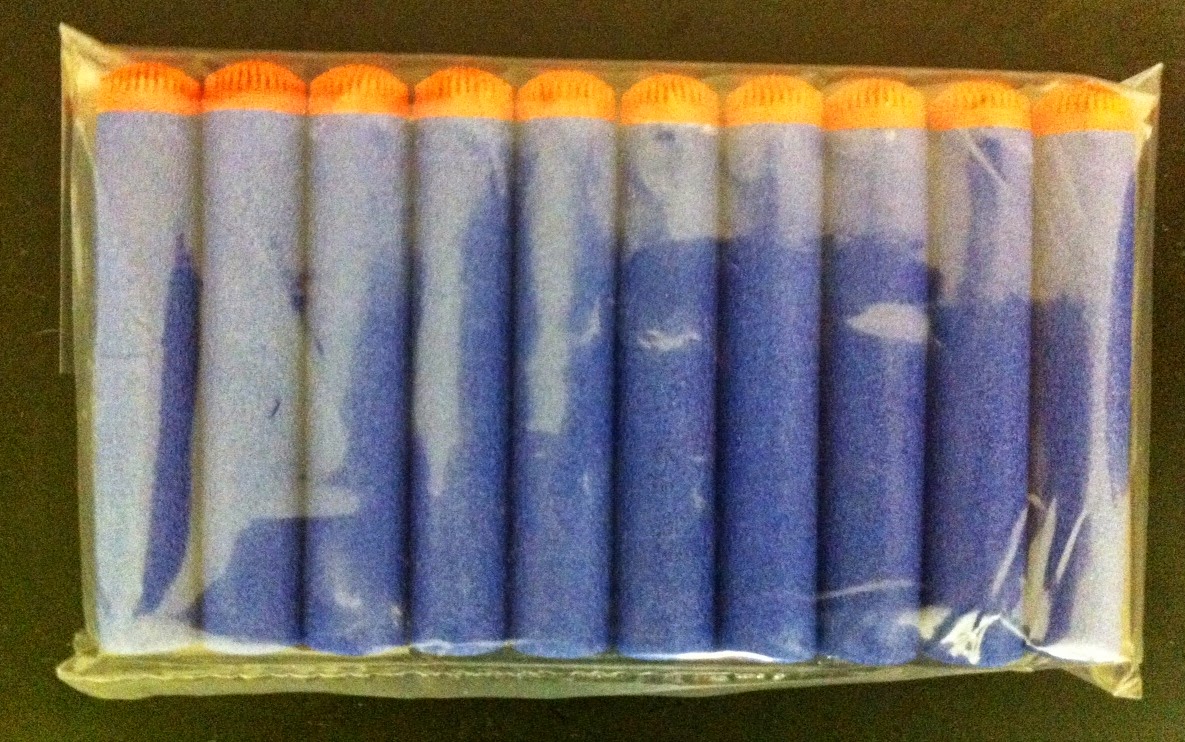 I can confirm the foam is not undersize on these. It is very similar to elite foam, definitely lower density and larger cell size than the Voberry stuff, and probably will hold up more like an elite than like a Voberry foam. 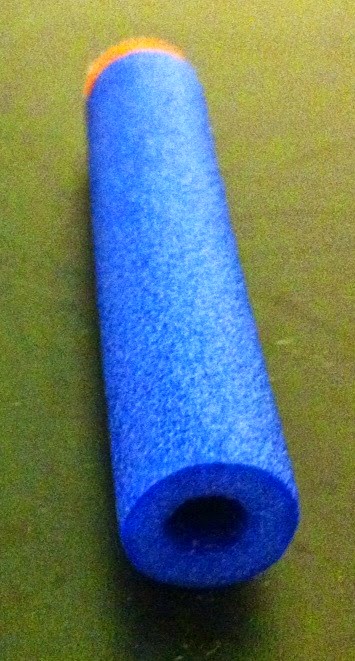 Here's where I was surprised. The assembly quality is not what is typically expected. The tip glue is well cured, if not terribly well applied and still far weaker than that used for other common darts. No tips arrive falling off with these. Tips are installed decently centered and square. Overall length is typical for koosh darts, about 2mm shorter than a dome tip elite. The foam length is slightly longer than an elite foam.

These are approximately 1.2g. Consistency was good across the board, although snap test numbers were lower than elites on the Tacmod.

In the process, note that compatibility with stock and typical springer barrels was verified, Rapidstrike reliability was verified, and the backstop was a wall a few feet behind the chronograph - and I did all the tests with the same 10 darts, straight out of the packet, with their factory glue holding the tips on. None of them failed during the test and I pulled out only one to be reglued before being sent out to the field (it was lacking a full application of glue under the tip).

Accuracy is very good for a stock type dart, that is all I will say at this point until I can develop a procedure and get numbers for common darts in the upcoming ammo roundup post.

I got some heat on Reddit by mentioning the state of my general opinion prior to the field test on the last ammo review, and for good reason. Apologies if the Voberry posts were a bit variable in conclusion between bench and field tests, so official recommendation will be made in the followup. For now, let's just leave it at these being the familiar "koosh" tip, with standard bore size foam and decent glue.
Posted by torukmakto4 at 3:28 PM