Here is where I left everything:

The switches came in the mail. Ordered from Digi-Key. 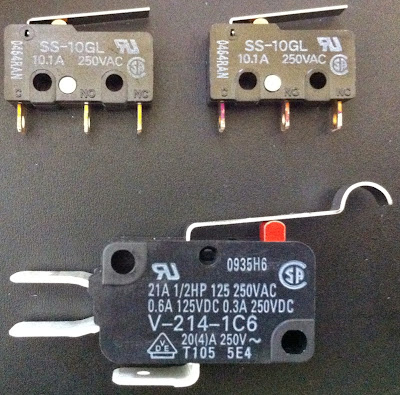 For the trigger and cycle control, the SS-10GL. This is a common submini switch with a flat lever actuator. 10.1A rated

The rev switch is a V-214-1C6 and is rated for 21A. I have never been a fan of submini rev switches, in my opinion they are a cut corner. 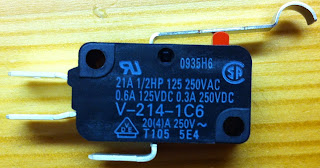 Now that microswitch ratings have come up, I figure I will post this excerpt from the datasheet of this switch:

Note how the DC current ratings work; at low voltages there is no derating from the AC rating. You may have encountered the very low DC ratings and wondered about switch life in our applications, well not to worry.

Also note the motor load ratings, which are continuous current, with footnote 4 specifying an inrush current of 6 times that.

Typical 180 flywheel setups will thus fall into this switch's ratings which are for a life of minimum 100,000 cycles. Assuming you rev every shot individually, getting a hundred thousand rounds out of a gun without anything breaking or becoming obsolete is unheard of.

Similarly, the inrush ratings here allow for 180 stall current with this particular switch. Now, most of us aren't using the V21, we are using something more like the V11, but even that is a lot less over the switch ratings than some people have thought.

Finally, everything else is ready for wiring and an inner barrel.

I had a few issues with painting that player number. The stencil I had for it wore out and gave a really shitty result this time, so I masked the lettering off by hand and sprayed red to kill the overspray. That worked, but there are some red leak spots and blemishes if you look too close. I am just not the greatest at paint. 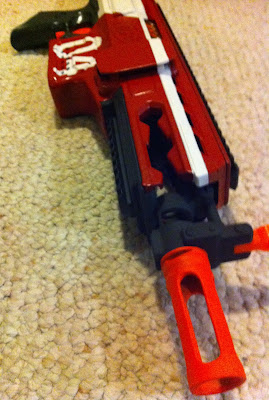 Improved magwell area bodywork is smoother and doesn't have a sharp internal corner on this one. Also, rail install.

Here's where I put that stored energy tag. It is brushed aluminum. Matches the paintjob nicely

Charging handle. It isn't just there to be tacticool, there is no other way to grip this jam door. 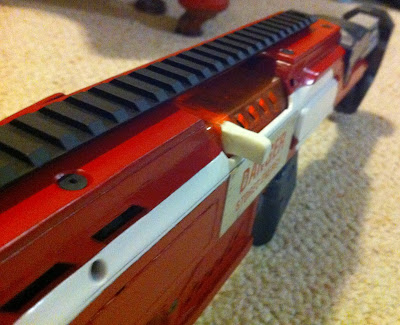 Still toploadable even though it is a flat top 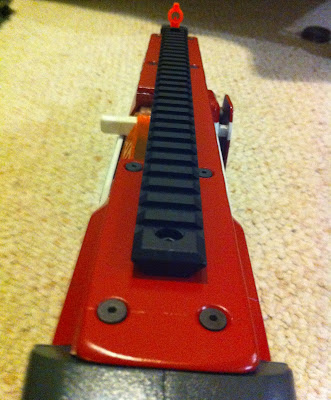 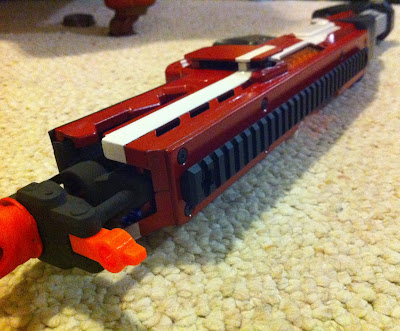