And now for what's inside this thing. I will not cover the RS because that is the old Blade motor tester, but rather focus on the Swarmfire.

Swarmfire receiver to barrel shroud joint. A single layer of PVC sheet made from flattened 4" SDR 35 PVC sewer pipe was used to mate the two with the correct standoff distance. 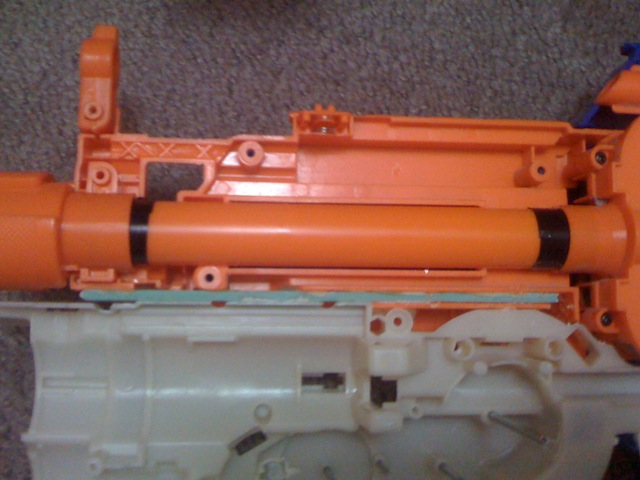 Swarmfire receiver to flywheel cage and magwell clearance is very small. The angled web on top of the Swarmfire rear protrusion was trimmed and the edge lip removed all along its length in order to make this difficult assembly work. 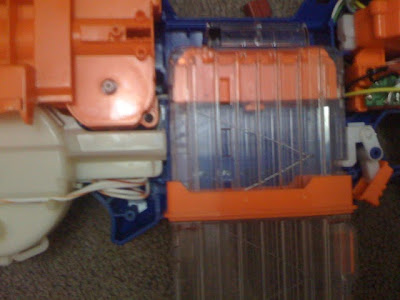 Closer. A Rapidstrike receiver web was completely removed under the flywheel cage, whacking a screw boss in the process. 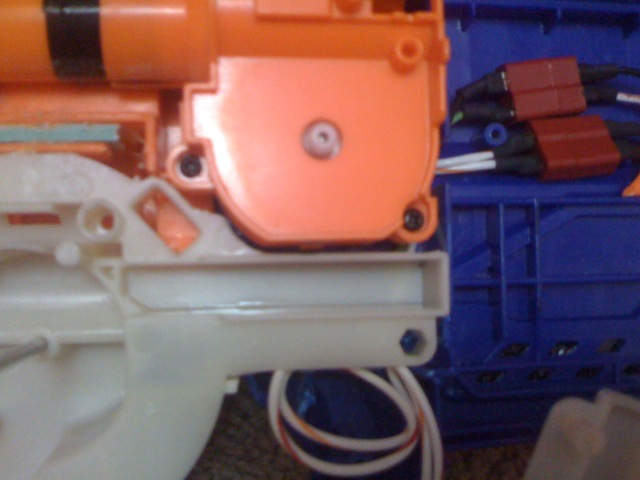 Nothing to spare. That is touching the magwell web. 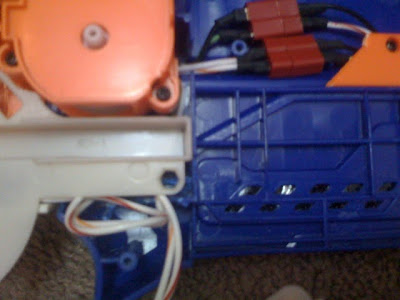 Some extra wire length on the Swarmfire motor leads is coiled here for disassembly slack as shown. 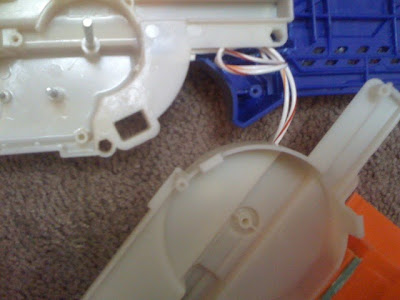 And looking back along the barrel showing that bond line again. 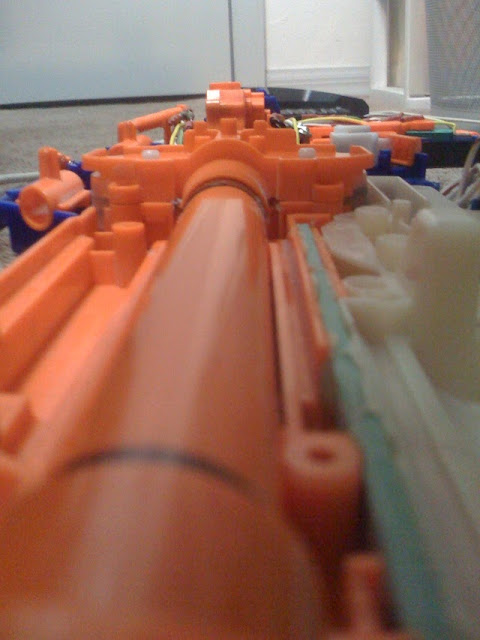 An annoying demonstration of Devcon-type methacrylate adhesive occurred here when a ca. 1/16" line of adhesive oozed from these 2 joints into the parting line of the assembly. It took brute force, almost breaking or yielding things, aggressive knife use and time to defeat that mistake and this stuff was NOT even halfway cured. The reassuring thing here is that I have 10 times the area of that inadvertent bond on each side, fully cured to boot, holding that Swarmfire on.

Methacrylate plastic welding adhesives have long been an integral part of how I do things, and they make epoxies look like school glue. Really, I suspect the shortcomings of cheap epoxy as an inherently poor adhesive for ABS, PVC, etc. are what has held the NIC back from more plastics fabrication using adhesives and encouraged so much baffling (to me) use of screws and other fasteners in builds, when that one odd epoxy-like tube right next to the 5-minute epoxy? The one that says "Devcon Plastic Welder"? It creates parts virtually as strong as they would be if molded in one piece. 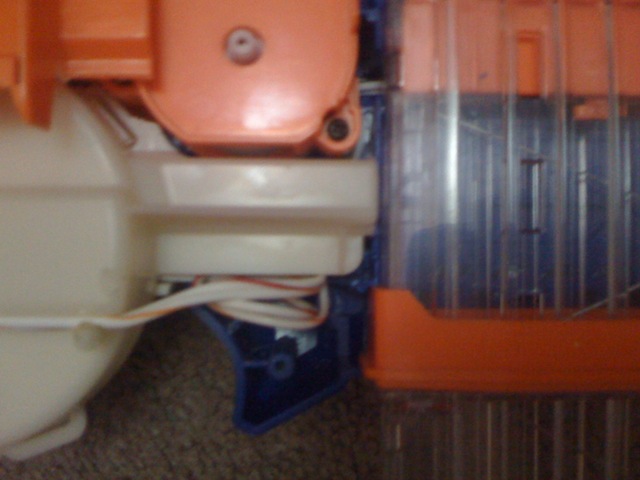 And some more of that mag next to the swarmy.
Posted by torukmakto4 at 10:34 PM