I cover the tech's viewpoint typically, and game design and meta-concerns have been touched on by both me and contributor Herbert West, but there hasn't yet been much about actually playing.

Granted, I don't consider myself an "excellent" player of either stock class or HvZ, by far. I am a much better tech than I am a player, but I almost always succeed by an underlying methodology to the apparent madness on the field. In no way do I claim my ways are the only way to approach the game, by far - your mileage may vary, for what it's worth, etc. - but this series will be my player advice.

This first topic was inspired by comments left by an anonymous user on my ammo roundup post, which focused on magfed systems above all else:

"...myself and many HvZers i know avoid relying on mag-fed blasters due to the amount of time taken to scavenge darts and refill those mags during long-running matches. Front loaders are more efficient as they are easily topped up from a pouch of loose darts as you walk or jog."


Namely the longstanding "detachable-magazine debate" - within stock class, you have one group of players (most of them, in my experience) working around a milsim-type usage of detachable mags and noting the high endurance and quick reloads offered by this system, and another, typically minority at this point, group advocating shotgun-style loading on the fly (LOTF) from a supply of loose rounds.


Advantages cited for the latter include the ability to keep a gun at full capacity (by topping off quickly) for a greater proportion of total game time, no costly and bulky mags to manage, no potentially disastrous situation where all mags on one's person are empty in combat, and easy scavenging. These advantages are not, in fact, fallacies or myths - they are all very valid observations - and if you do magfed wrong, you can have trouble with it that will greatly tilt the matter in favor of the LOTF crowd's usual arguments.

The by far most common and most severe way you can screw up a magfed loadout is to carry insufficient ammunition for the situation. The detractors are right - if you run out of loaded mags, you have probably lost your primary and decreased your effectiveness greatly. So plan ahead, and don't cut corners! Magfed takes a certain level of commitment, thought and investment; it is a system, not a standalone piece of hardware, that you must be aware of. Pay attention to how you are doing in games. If you are frequently almost out of ammo, you must react, and carry more mags! It isn't difficult; mags are easy to accommodate with gear, and you can have a low-profile belt mag carriage solution for as little as $1.75 per magazine with no supporting gear required. Start with around 100 rounds worth and go from there - but the bottom line is that you should never end up in that oft-mentioned bind where all you have are empties and you have to fill up mags under fire. If you get there, congratulations, you just did magfed wrong. 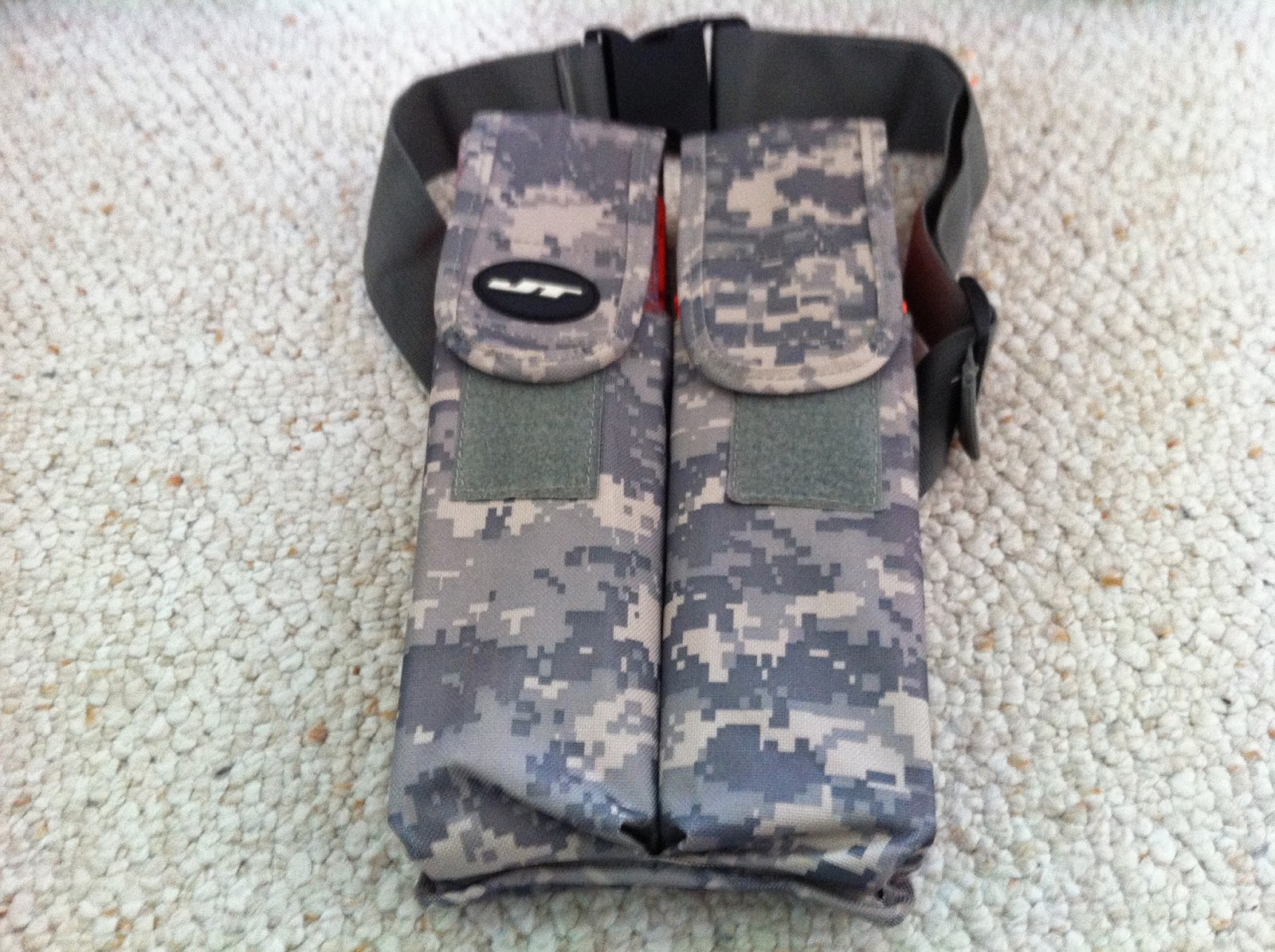 About the only exception is in a long scenario game, say, HvZ - but for those, you very rarely are actually playing for so long that you can't satisfy these conditions of using a magfed system correctly. When you get to carrying 8+ mags (which is not only possible but easy and comfortable with some care) you can play through just about any fight.

So with that taken care of, what is the flip side of the LOTF argument? Well, in stock class nerf, we do not have hoppers or bulk loaders of any kind - so it's either magfed, or you are manually reloading single rounds. That is where trying to go magless can seriously burn you. Magfed systems excel at endurance and sustained rate of fire - with my full belt rig alone, I have 162 rounds ready to go at a sustained average ROF (including mag changes) of greater than 200RPM if necessary. Note, all modern armed forces use magfed rifles not by accident - the concept is very well proven to work for individual weapons. By comparison, once the capacity of a fixed-mag or revolving "primary" like a Swarmfire or Stockade (which is typically no greater than the capacity of a mag, and often much less) is exhausted, sustained ROF drops precipitously to however fast you can stuff in rounds between bursts - perhaps 20 RPM, at most. This simply will not cut it in many games and playstyles; you often need to shoot continously at much more than 20 RPM through multiple mag changes in both tactical SC and HvZ to keep up with the current state of opponents' tactics. 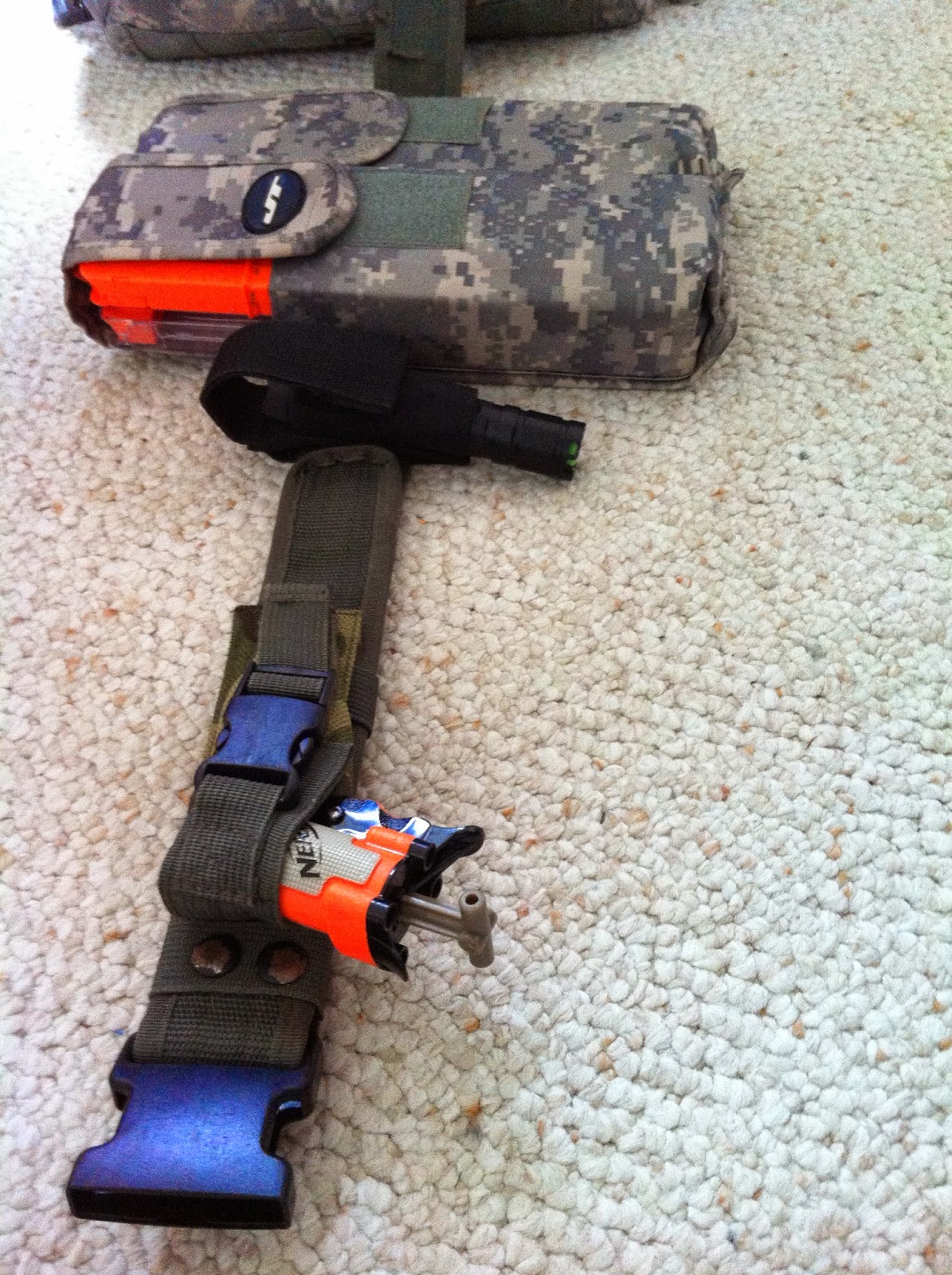 So there it is, there really is no credible magfed debate as to fire superiority. Magfed is life. Don't let anyone tell you otherwise.

Running a lighter LOTF loadout is not off the board. It can work in certain situations - but just like other niches, skirmishing, scouting and running in HvZ, my position is that if you don't have the experience to know for absolute certain whether it would work for you, it's a safe bet that it won't work for you. Traditional playstyles take that position for a very good reason.

Also, magfed and LOTF can indeed cross paths. Most flywheel guns can be loaded through the action. I do this frequently with Rapidstrikes. You can have both sets of advantages quite easily. 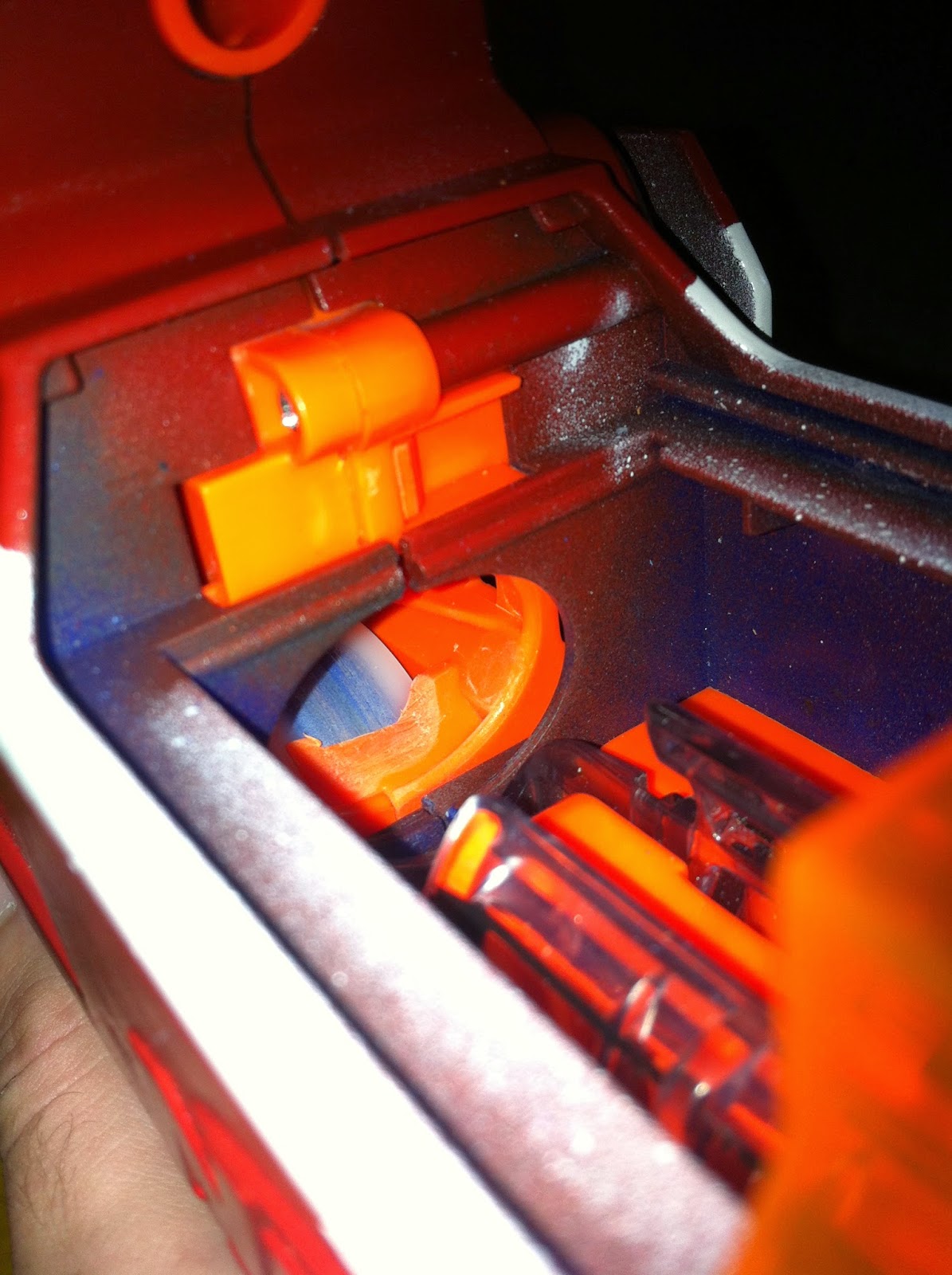 Now on to the other related hot-button reloading issue: scavenging.

Reusable ammo is a large part of what defines nerf. Mostly that entails having a skirmish and then policing all the darts from the field, separate from the game; in other cases, players reload from fired darts on the field. You've done it, I have done it, all of us have probably done it at one point or another. Some of us do it a lot, or advocate it - but it is a vice. Beware scavenging.

Scavenged ammo is not predictable at all. You could encounter anything from no darts at all to a handful of junk darts to a room littered with brand-new koosh. If you are counting on obtaining usable ammo, you could be in trouble. The circumstances will often not be in your favor. Some gametypes, such as arena HvZ and other multi-wave gladiatorials, and high-ROF "speedball" games, are too fast-paced to scavenge anything - or to load on the fly, for that matter.

You are also abandoning control over your ammo as a factor in performance, consistency and reliability (which ammo has a serious impact on) and instead opting to shoot whatever the other players have decided to shoot, after it has been subject to damage in its last firing and presence on the field. If you care about playing well, you should not take such a risk - often, particularly in HvZ events, scavved ammo can be utter garbage.

Hence, relying for any reason on reusing darts from the ground is very poor practice, if you ask me.

You can also get into trouble easily if you are focused on scavenging when you really need to be playing - whether you have run out of ammo due to a poor loadout or you are just compulsively chasing fired darts (remember, when the game is over, you will have the opportunity to recover darts without being shot at). It is much better to get shot while actually playing than to get shot while picking up a 10 cent piece of foam.

Just as with carrying sufficient number of mags to not run out of them when using magfed primaries, you should always carry on your person enough ammo - magfed or not - to get through a game without scavenging anything. Treat darts as paintballs, airsoft BBs, or firearm cartridges - once you fire it, it's gone. Once you have done that, anything you can scavenge (being mindful of when it is appropriate and being adequately selective about what you put through your guns) is just an added bonus. Maybe it gives you extra insurance, maybe it lets you shoot more, maybe you give it to a teammate who is low on ammo. Don't be afraid to scavenge, just know the place of scavenging and use the double-edged sword on the enemy. Not yourself.


This post is mostly (unintentionally) taken from forum posts of mine, all the way back to 2011. Since then, I have only had these approaches verified multiple times by experience.