I have a new RS which was going to be the base for my bullpup build, but instead I decided to do a little garbage collection. This may bother some of you but I am not a nerf collector. That goes for random practically useless guns, and it goes for old projects and experiments. 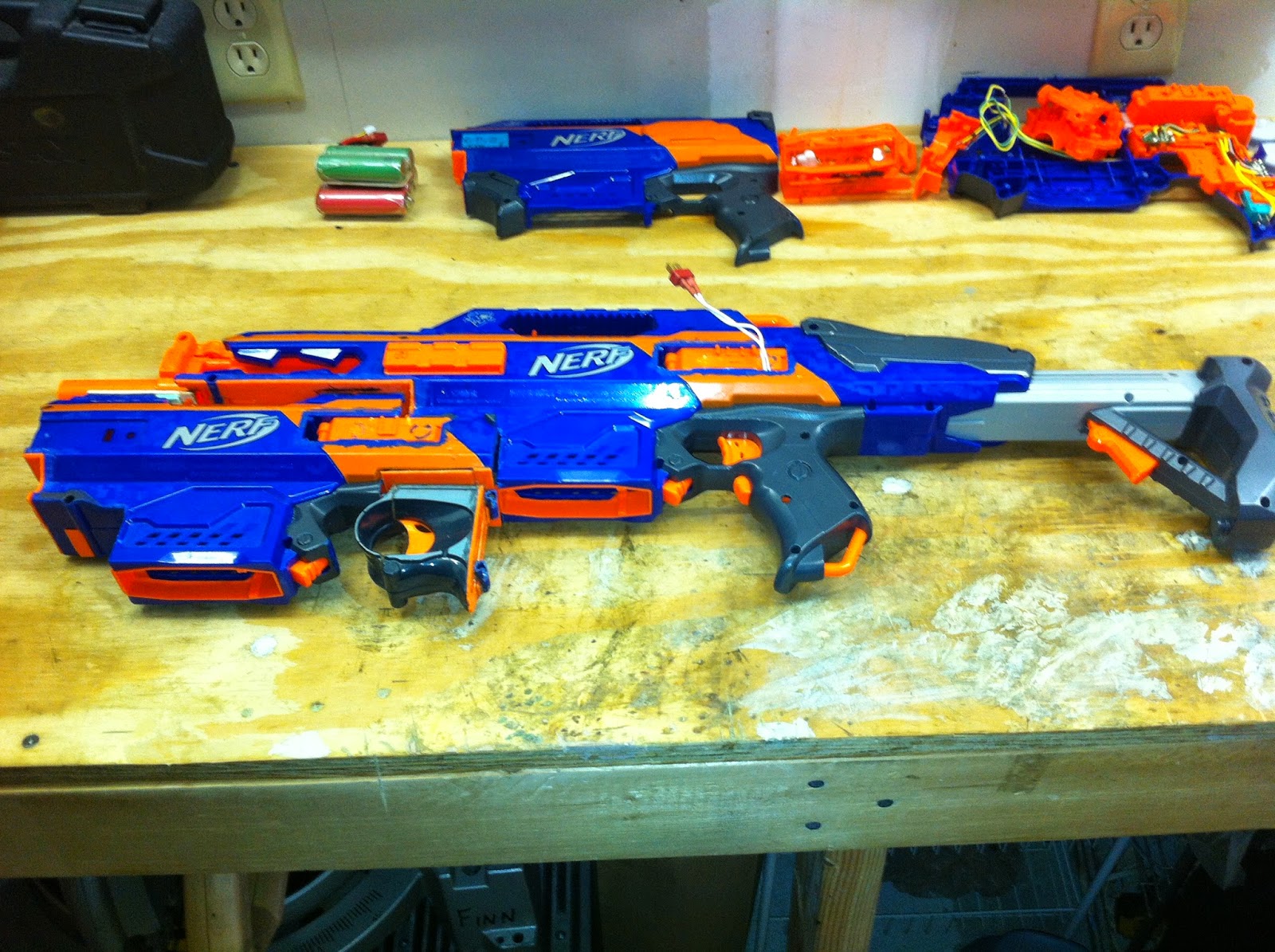 I had given this a shot back before I had the build specs nailed down, and before the Tacmod existed. Just like the RapidSwarm, it isn't necessary. I would rather have a Tacmod. I get more kills with a Tacmod than with monstrosities like this.

Now, I had been trying to sell this thing for about a year, with little response, and in the meantime it was getting scavved for parts to repair squad guns. So it was junked out. 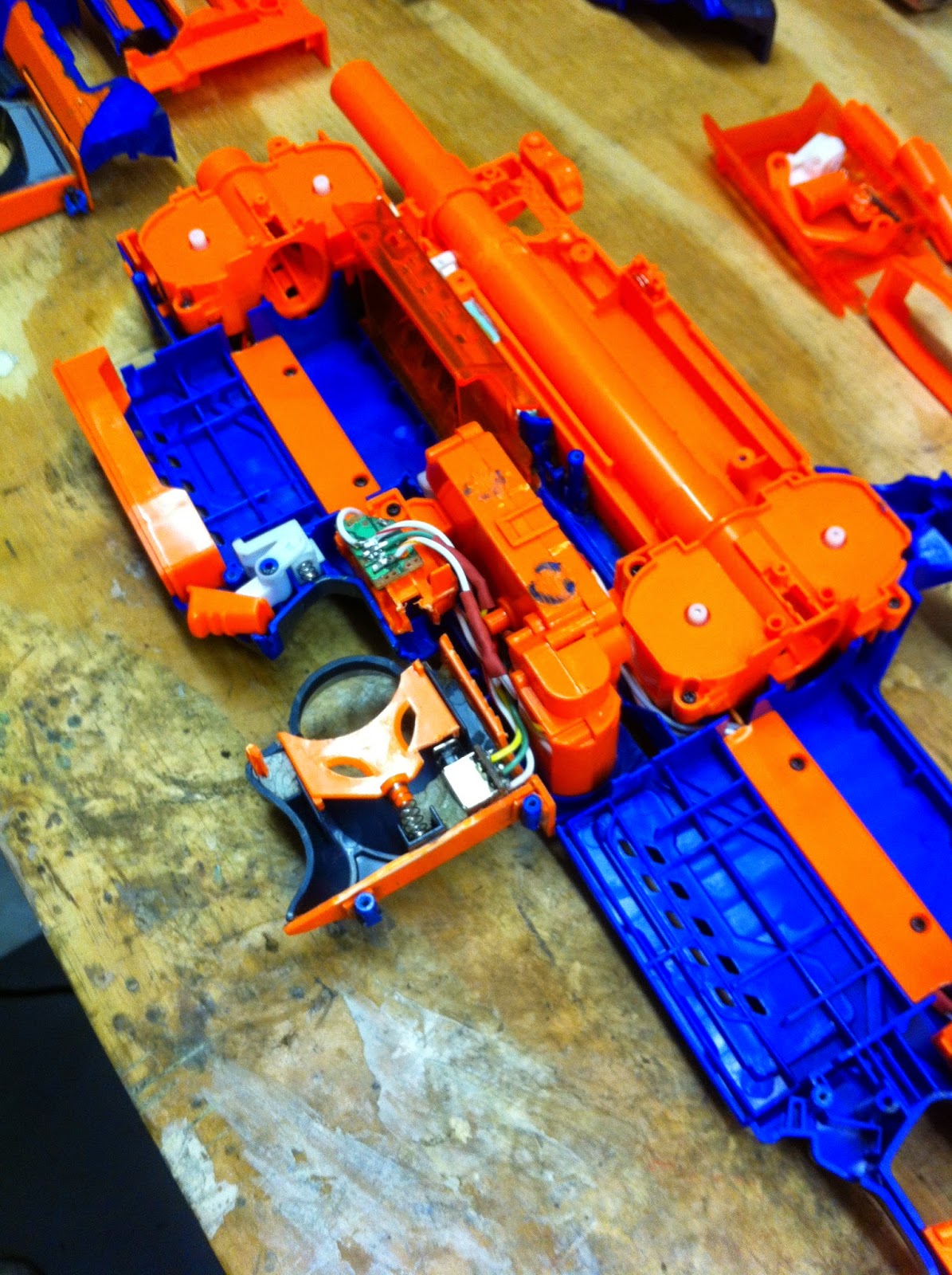 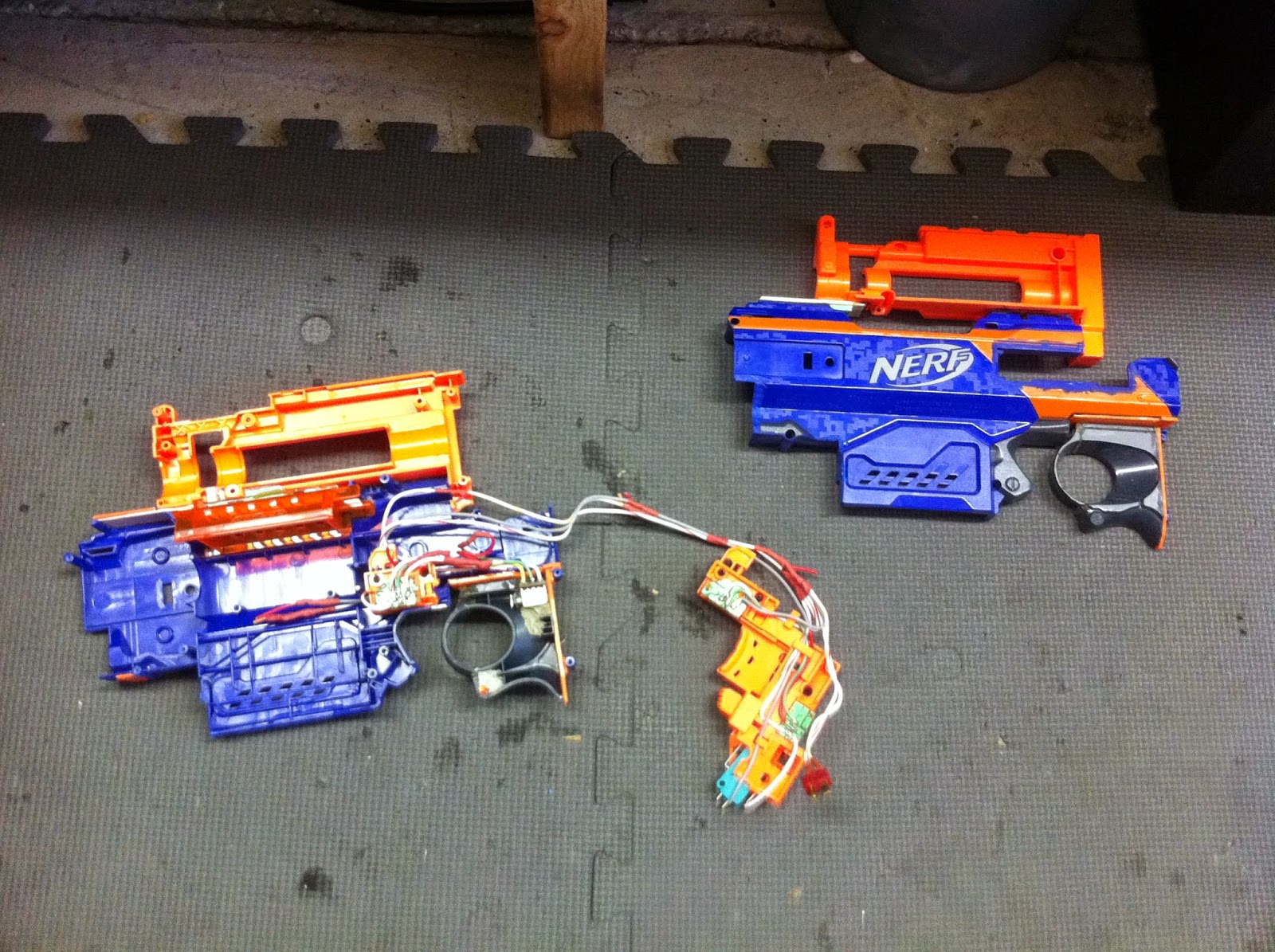 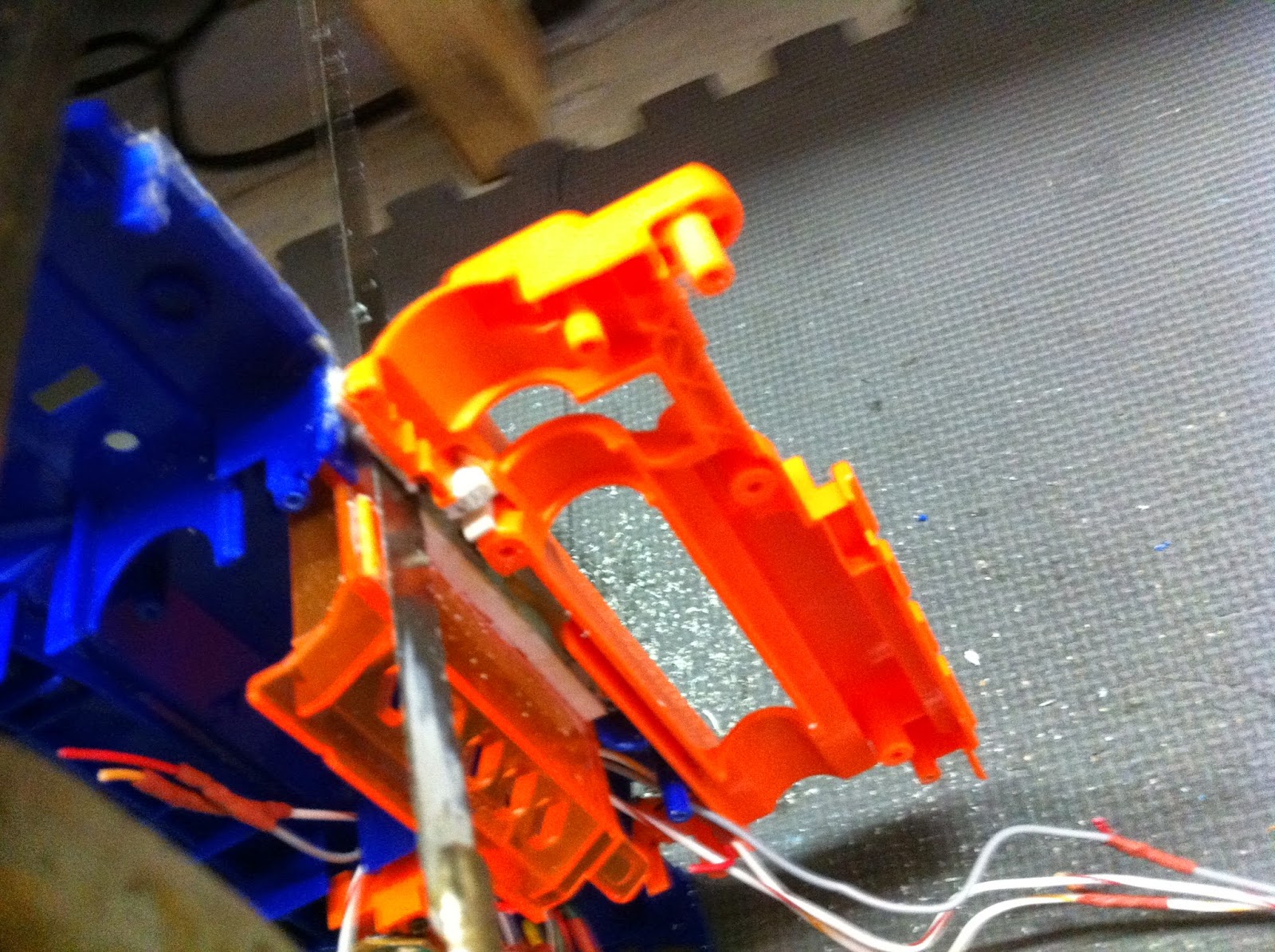 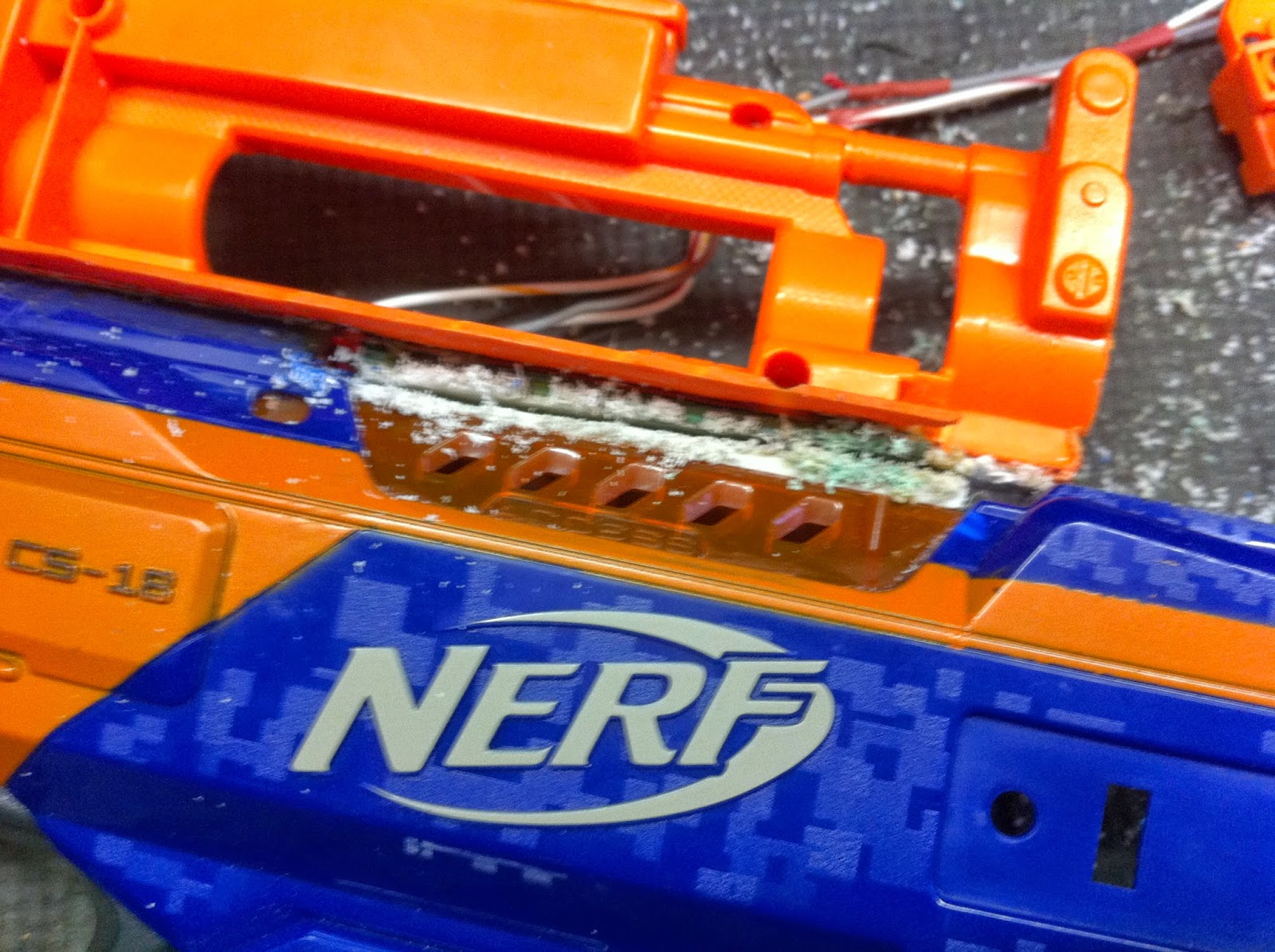 Devcon is no joke. All the cleanly separated areas were cut through (so was the piece of PVC sheet) and the large clean area was not a bond area. Taking this apart was like cutting out welds. 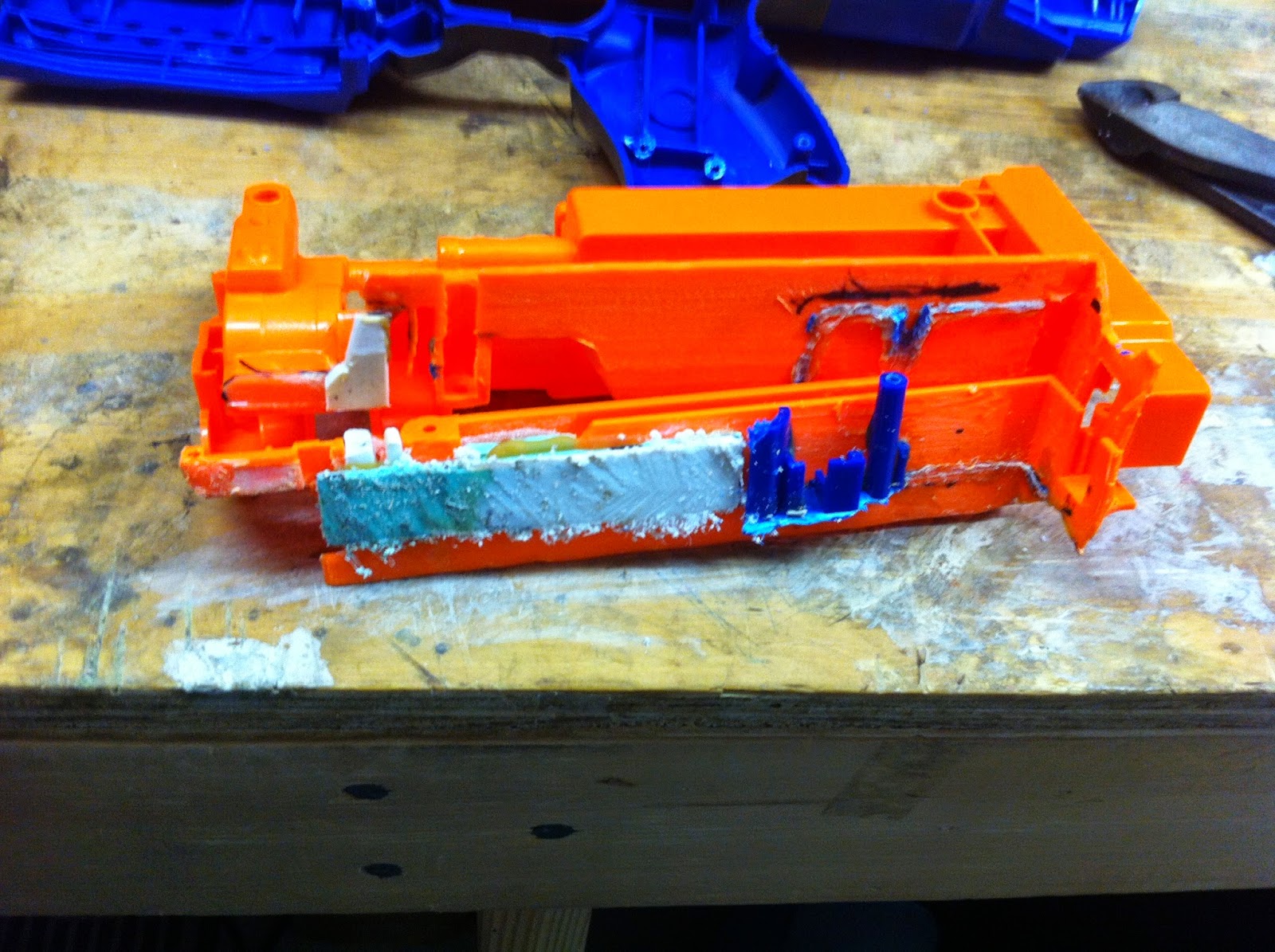 I cleaned up the barrel shrouds from this. The minimized RS receiver that was underneath is still usable and will be kept for future use, although it does need pusher parts.

Another dust collector was an old E-Ray that I had done a 280 conversion on and was running surplus Sagami "Cyclone" motors. That damn thing never shot well once in its life. It too got scrapped. 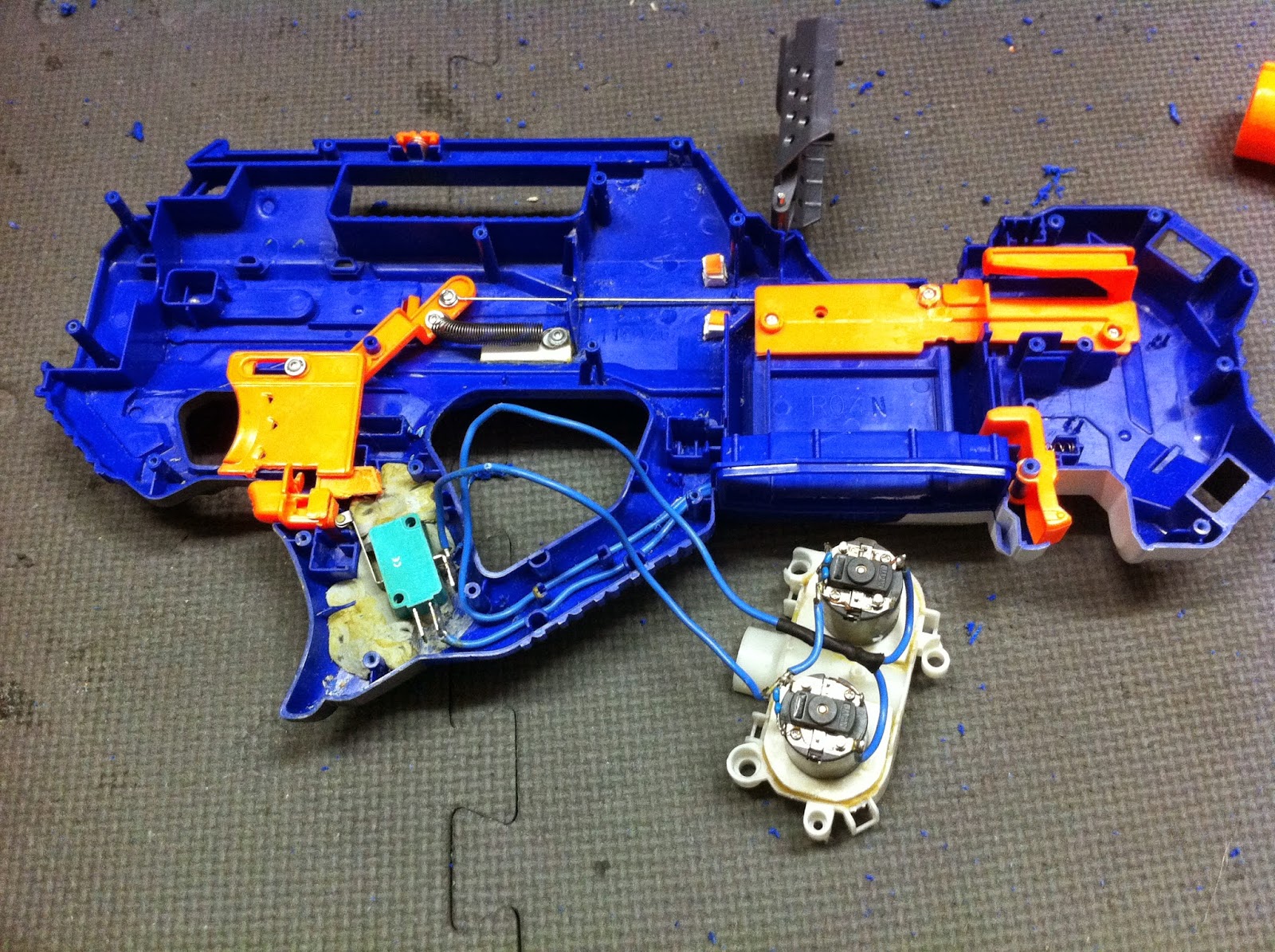 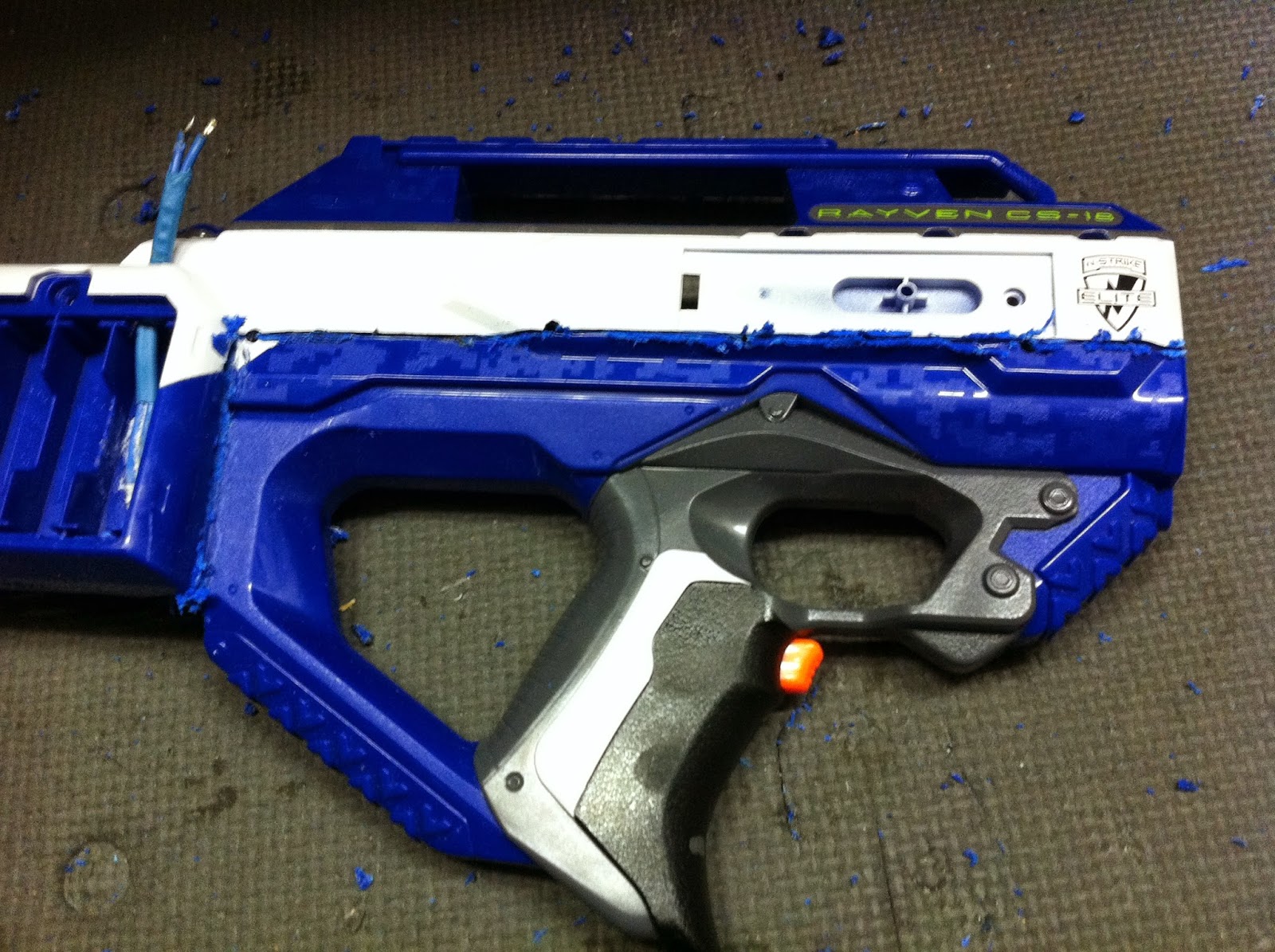 After all the hacking up of these roadkill guns, I had the beginnings of the bullpup RS build. I call it Project Vulture, a step up from Rayven to a bigger, meaner bird. 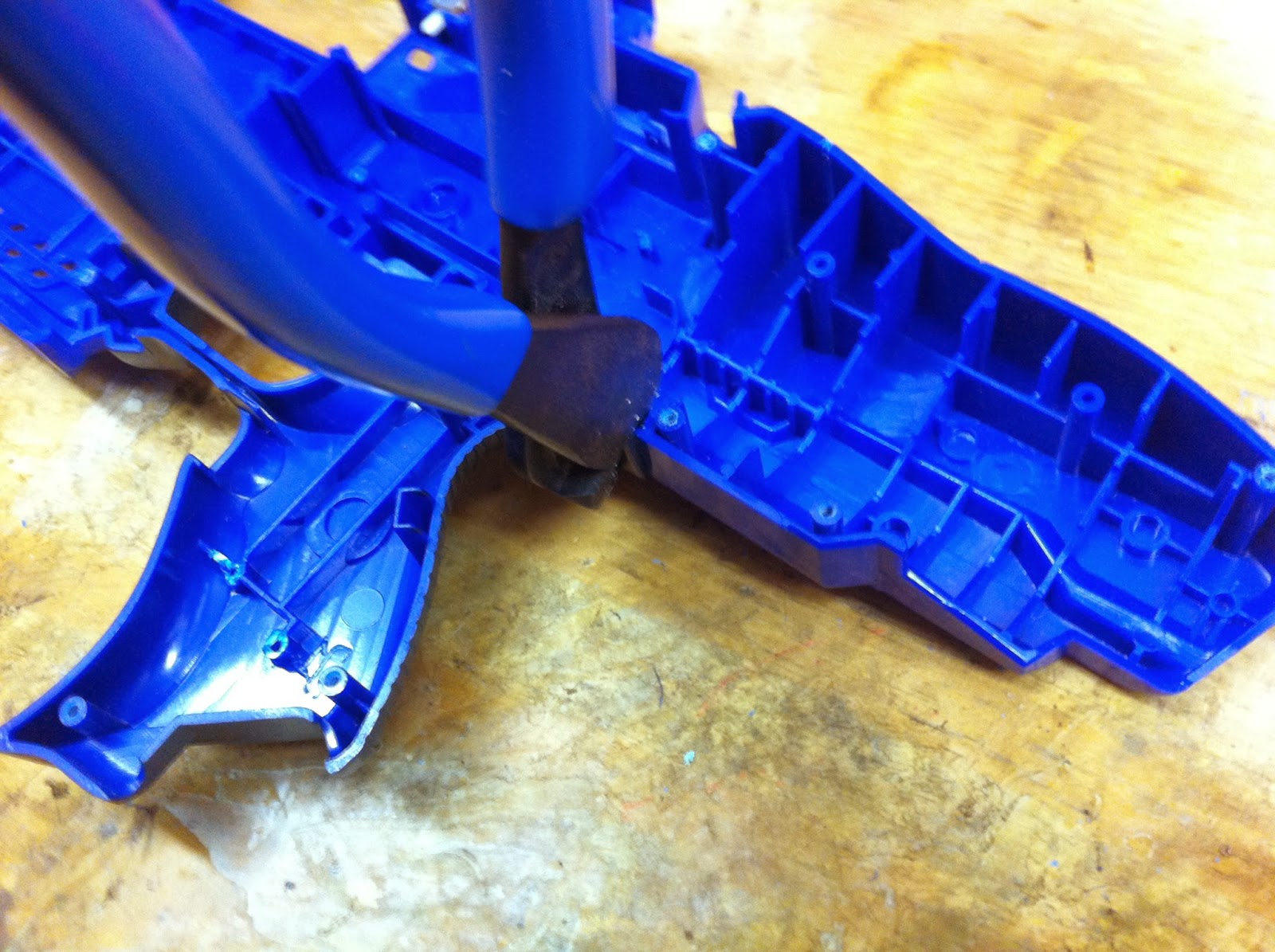 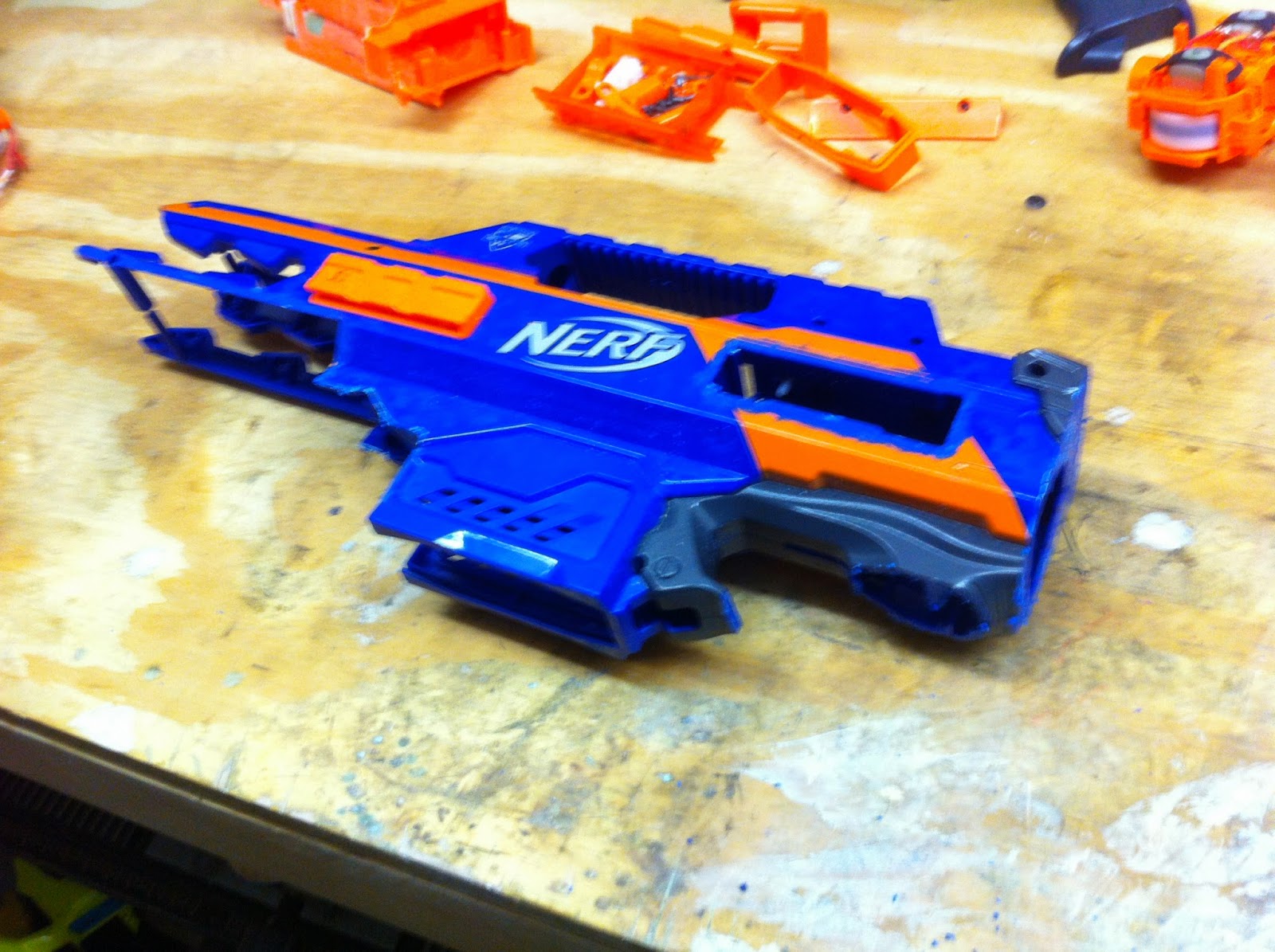 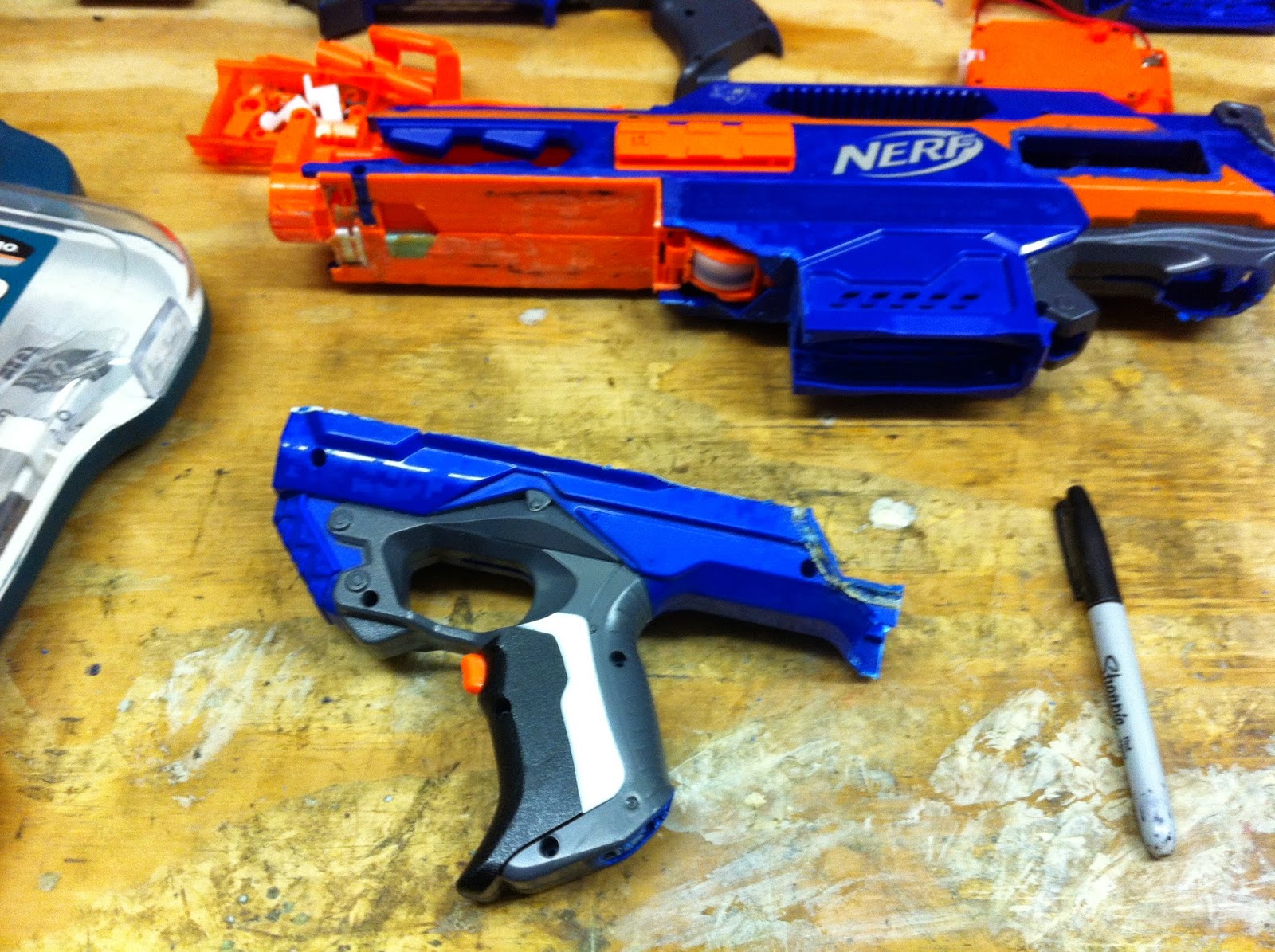 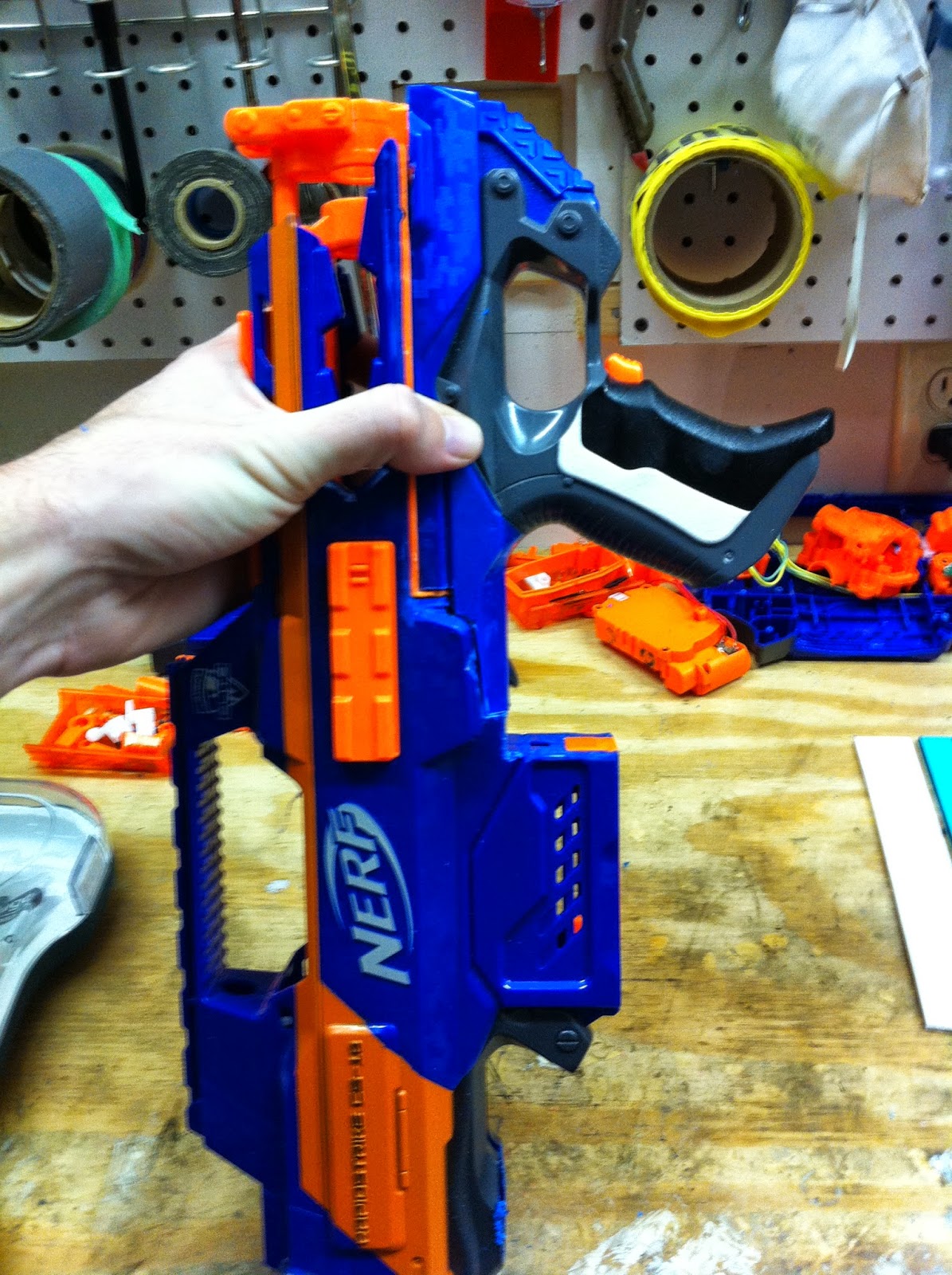 I had a lot of detractors about the length.

Look, it will literally be an inch or less longer than a Rayven. 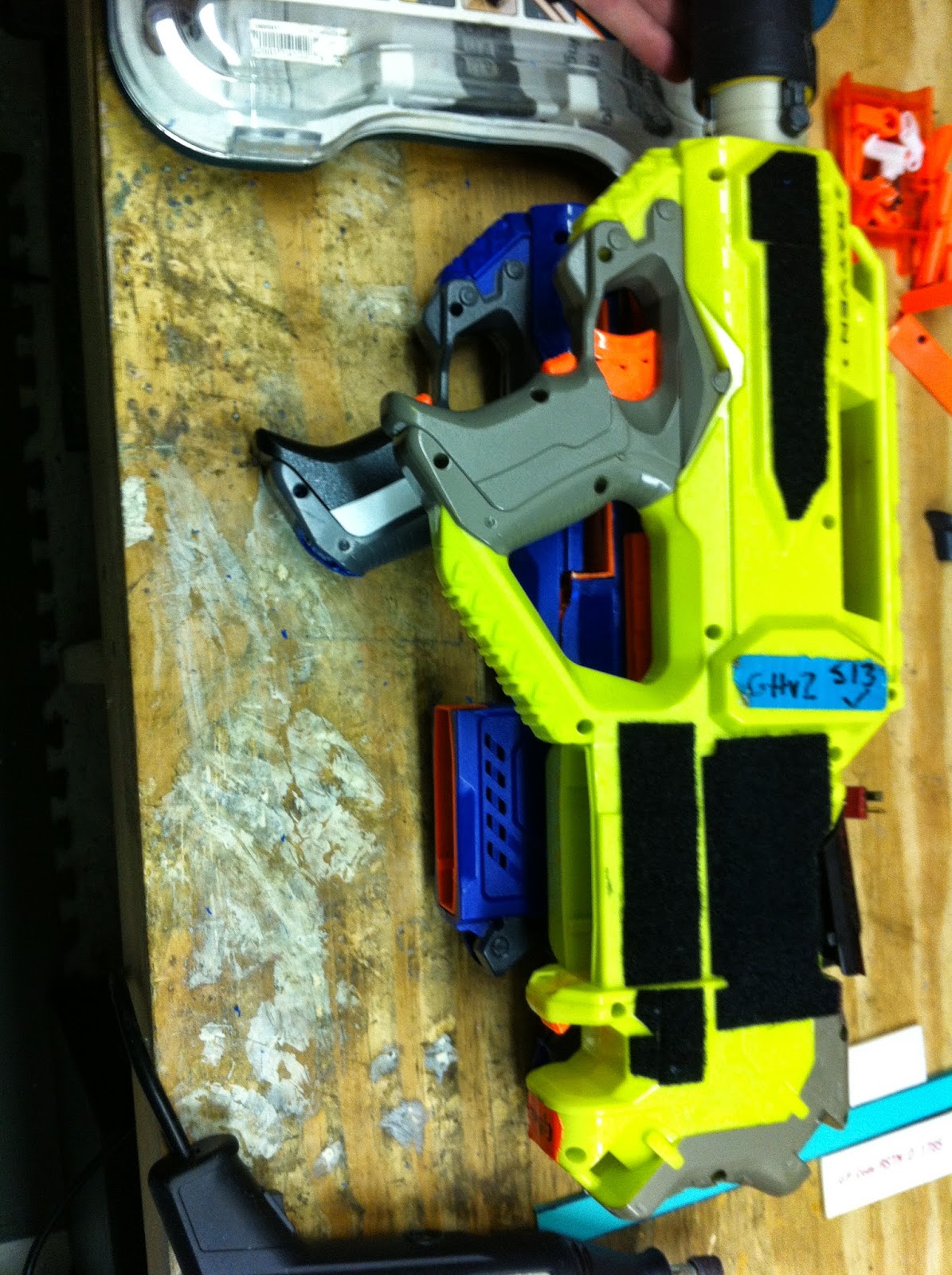 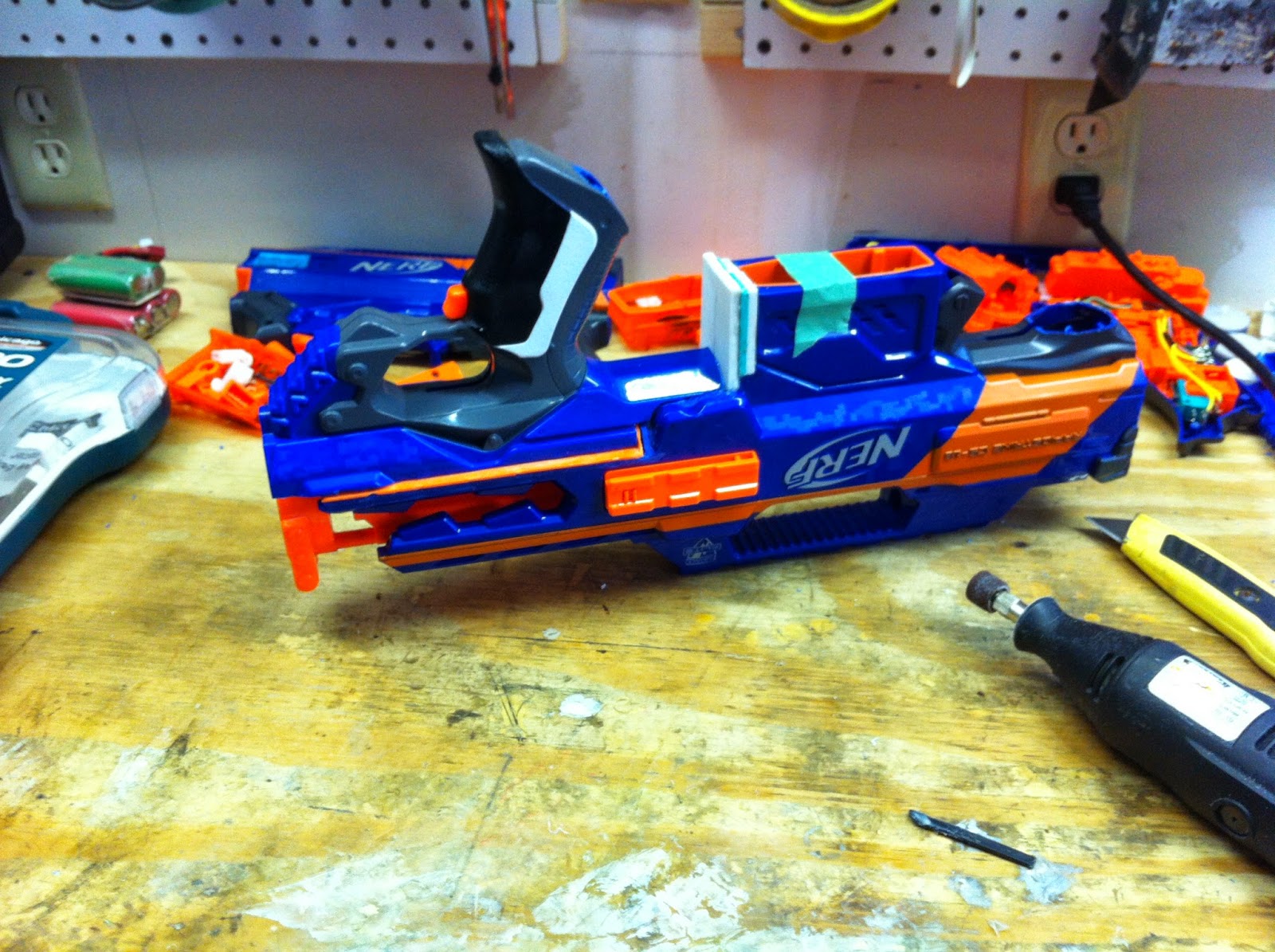 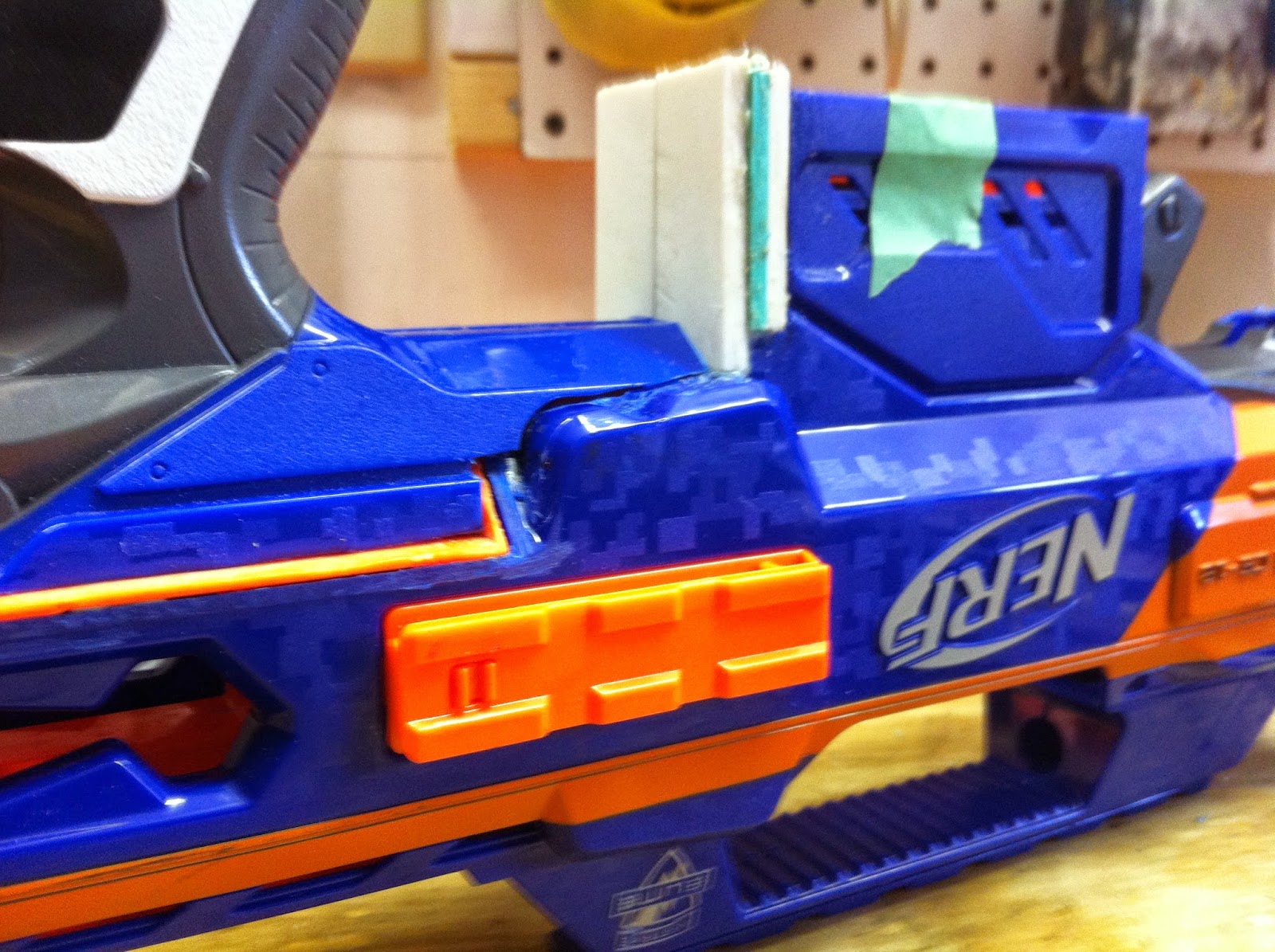 PVC buildup on the front of the magwell is a common feature in my RS huh? This unit will have a single 8-32 socket flat head screw into there and then carved ergonomically, just like the Tacmod magwell, except the aim is now to not dig your wrist. 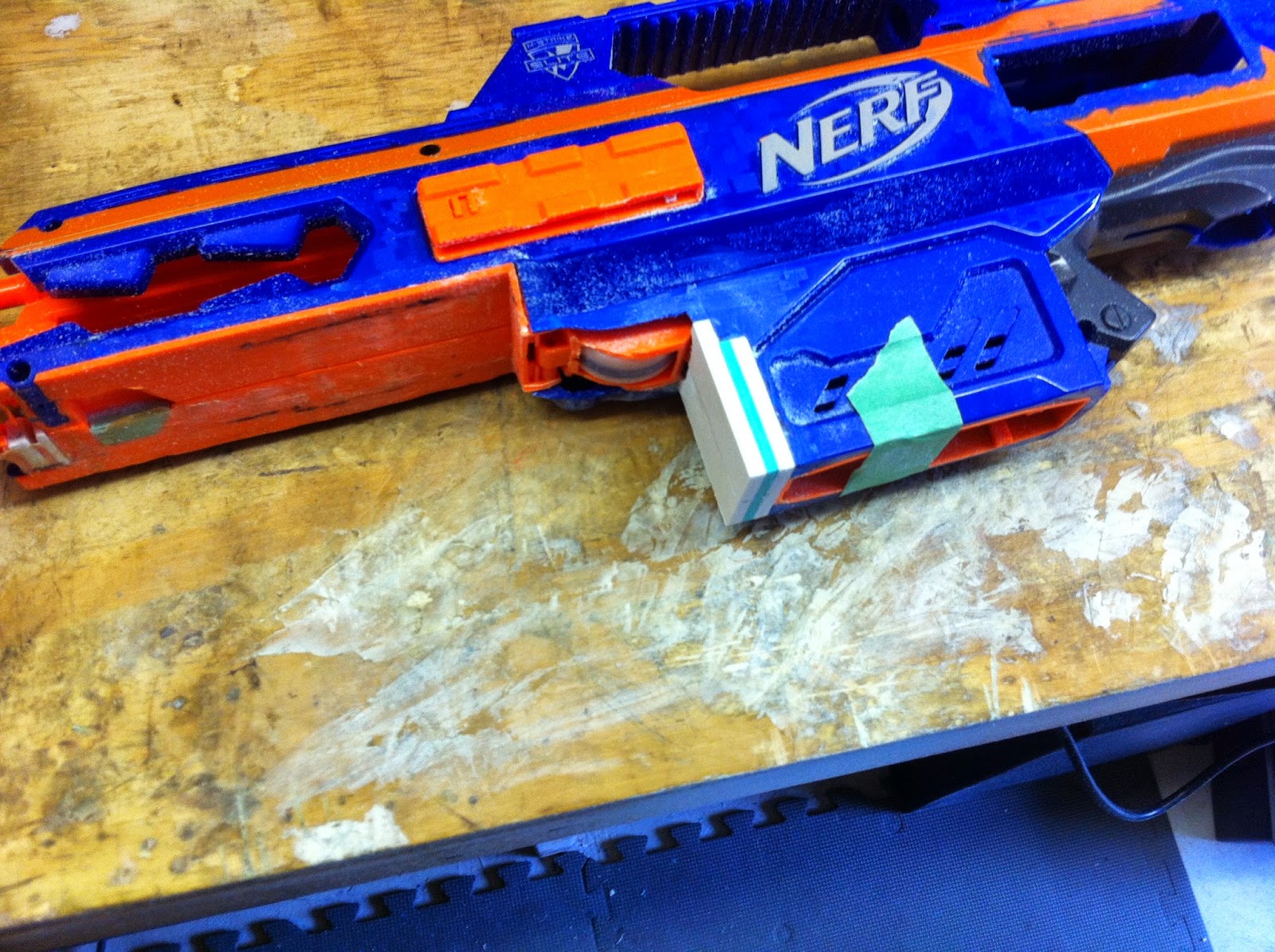 Devconned on. Grip frame is part of the barrel shrouds and isn't attached to the receiver. It's a bit of a tricky install because part of the grip structure overlaps the receiver around the flywheel cage and getting the shrouds jockeyed in is tough. 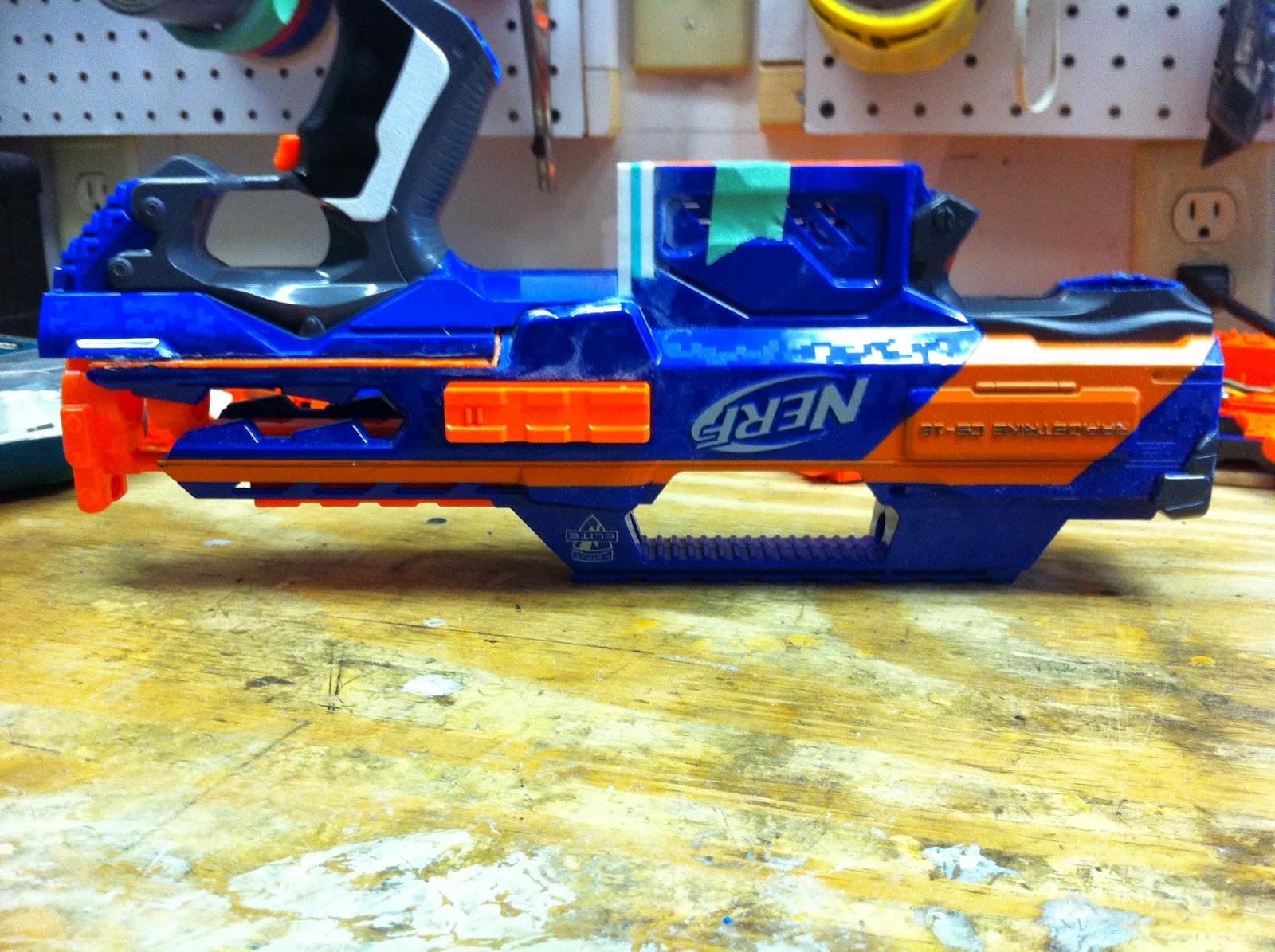 I will have the details of the switch installs and all that in the next post. Same with the carry handle and top rail mods, as the one in the images is gone now since it made zero sense. For now here's a Firefly mag in there. 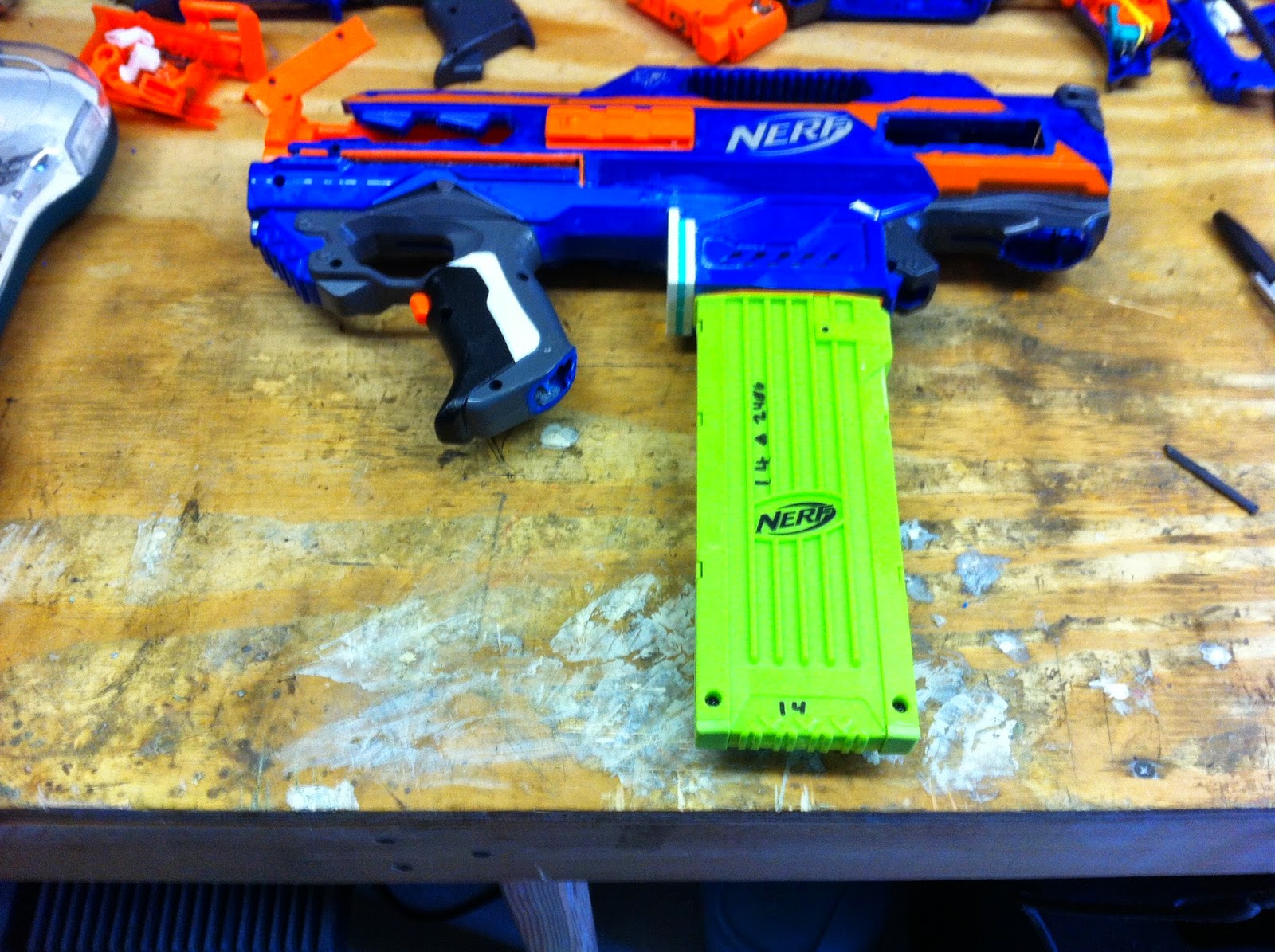